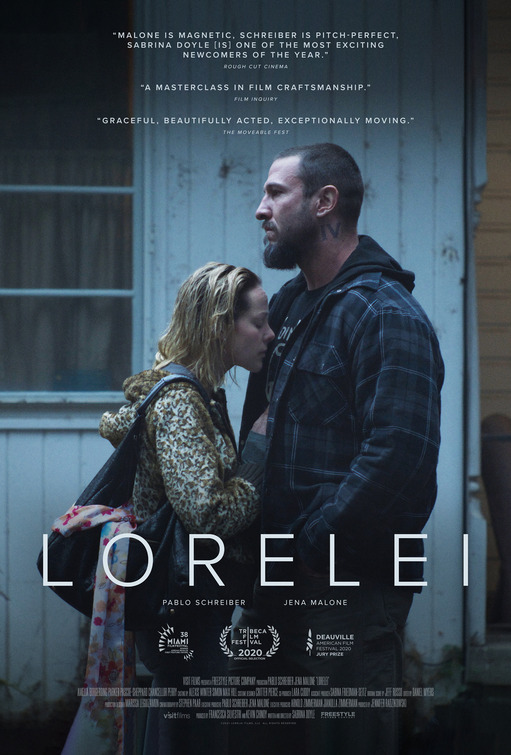 I did not know what to except with this movie, and it totally delivered on that uncertainty.

Set mostly in a tiny town in the Pacific North West, this is a fairly grim story about people who had hopes and dreams when they were young, but life came along and crushed them, but they kept on living, so, now what do we do?

People on the lowest rungs of society, especially in gleefully capitalistic wonderlands like the States, don’t really have as much of a chance to pursue their “dreams” as all the motivational self-help boilerplate statements would lead us to believe. Working hard and making sacrifices doesn’t make you Jeffrey Bezos. Jeffrey Bezos could sit in the corner of a darkened room motionless, unblinking all day long and still “makes” millions per second, more than any of his employees who could work twenty four hours a day and never take a bathroom break could make over their entire lives.

Those who grow up in a small Oregon town, who get involved with drugs, crime from a young age, having kids way too early, well, the system isn’t designed to let them get anywhere with all the will and hard work in the world. The system needs them to stay isolated and desperate so there’s no upward pressure on wages, and they’ll work themselves to death for peanuts, and that there proves how well the system works.

Wayland (a phenomenal Pablo Schreiber) has just been released from prison. He’s done hard time for 15 years. He wasn’t unfairly or unjustly incarcerated. He isn’t vowing revenge on the cops or on some criminal enemy. He committed a serious crime, got caught, kept his mouth shut, and that was that. His crew, his family, a biker gang called The Night Horsemen, as in, presumably, the Night Horsemen of the Apocalypse (unless they all met at pony club at a very young age, brought together by their love of all things equestrian), are there to greet him and welcome him home.

I was worried this was going to be something like a Sons of Anarchy offcut, but I needn’t have worried. The club plays a role in the flick, but not the toxic one I assumed. My assumptions were going to be along the lines of Wayland trying to go straight and struggling to stay on the straight and narrow, but the club insists on dragging him back down kind of drama, but it’s nothing like that. The pressures on Wayland are the same pressures on anyone that’s come back into the world after a long time away, older but no wiser, and with fuck all chance of earning a decent wage.

His first accommodation is in the basement of the local church. The pastor Gail (Trish Egan) tells him the rules, obviously knows the odds are stacked against him, but instead of saying the typical churchy “you’ve been given a second chance by Jesus, so act accordingly, because he wants payback”, she says something far more practical about fourth and sixth chances.

Telling ourselves we only have one chance to redeem ourselves, and if we fuck it up we might as well die is part of the problem with addiction, with getting your shit together narratives, and with the pressure we put on ourselves beyond the crap society happily doles out to us.

Wayland has to earn his keep around the church with work, which he does, but he’s clearly not much of a believer. Much later on in the flick he jokes to the pastor that prison either makes it so you believe completely and utterly, or not at all. She agrees, for reasons of her own.

He’s clearly in the camp that all that touchy-feely crap will just get you shanked. But during his chores, he happens to see the support group for the local single mums who gather once a week and lament their lot in life (and the shitty men who abandoned them), and he happens to spy one in particular, being Dolores (Jena Malone), and the look of shock and longing on his face is incredible. I wish someone could have drawn it, or painted it or something.

We don’t know that then, but we figure it out from their conversations, tentative at first, and then more easygoing after. Dolores is happy to see him, happy he’s out, but she’s been living these past 15 years. When Wayland hears she has a fifteen year old, he blanches, terrified that this means he’s been a father all this time, but she assures him the boy is someone else’s progeny.

Plus she has two other kids as well.

Wayland seems baffled by life more than anything. There aren’t a lot of job opportunities open to him, though some work for peanuts at a scrap yard is open to him. The jerk that runs the place has no incentive to be supportive or kind, though, and so he isn’t because this is the world we live in. Of course there is the temptation to “work” with the club again, despite the clear prohibition in his parole conditions that would make associating with the club a no-no, and the fact that the merest whiff of crime would see him back inside.

His parole officer (Joseph Bertót) has clearly seen every type of paroled fuck up fuck up again and again, and expects the same of Wayland, but something in his energy gives him…something, not sure what, enough to have hope that maybe Wayland won’t do exactly what is expected of him.

That’s how Pablo Schreiber plays Wayland throughout. It is not hard for a guy to act stoic, emotionless and thoughtless onscreen. That describes 80% of male cinematic performances. It’s the default direction: stand there and occupy space. It’s harder to show yourself, with your energy, with your line readings, with the way you give the line readings, to convey a whole lot without having someone else explain everything to the audience through a scene with a shrink or through voiceover. This film, with Sabrina Doyle’s direction, trusts that people will get Wayland’s conflicts without having everyone, including Wayland, clearly spell out those conflicting emotions, fears, hopes in so many words, because it’s written on his tired face.

He doesn’t articulate in detail what pressures he feels arrayed against him, he just tries to struggle through them. He can’t express to Dolores how ill-suited they are for each other now, but that they don’t have anyone else, because he doesn’t need to. Dolores is the one who blames him, fairly and unfairly, for his absence from her life, but her reasons for needing him around go beyond some nostalgic impulse for connecting with her childhood sweetheart.

The kids, all of them, gravitate towards him because they lacked a consistent father figure their whole lives, and they need a buffer between them and Dolores, because sometimes her resentment towards them for “trapping” her in an unsatisfying life becomes too much. The closer, almost against his will, that he gets to the kids, or that the kids get to him, the further away Dolores seems to be, until it becomes literal.

Dolores cleans rooms at a motel, probably the most low rent motel I’ve ever seen depicted onscreen, or visited myself. It’s a hard job, made harder by the awful stuff people do.

It’s enough to make a person sick, or make them dream of oceans far away.

The socioeconomic factors at play aren’t underlined, and we don’t have someone from the Big City come in to explain just how precarious their lives are, meagre paycheck to meagre paycheck, the grinding spiral down is real obvious. The film basically dares Wayland not to sell drugs for the club; it’s practically begging him to do it. Also, the impact of drugs on this community, on all communities, is not handled like public service announcement – it’s woven into the fabric of the story, never emphasized, but ever present. This or that factor, like the hellish damage to a motel room, or the fathering of one of Dolores’ children, or something else that went wrong in the town are laid at the feet of tweakers (ie. crystal meth), but the line isn’t drawn to the activities of the club – it’s omnipresent in any place devoid of hope where escape is unlikely.

I really love the performances here. I maybe find these kinds of stories claustrophobic and a bit terrifying, because the thought of being trapped in a depressed country town forever is terrifying, and the deck gets so stacked against Wayland and Dolores that it often looks like there’s no hope for any of them. Wayland especially seems doomed for much of the flick. And while he maybe likes the kids, the lack of biological connection presents its own problems, beyond the selfish ones (as in, even if he wanted to be a father to them, there’s nothing legally apparent that would convince the authorities he’s the man for the job).

The kids, named by a maniac, are all distinctive characters and stand out in their own ways, and I would die to protect them, just like I think Wayland would too, by film’s end. Dodger Blue (Chancellor Perry), Periwinkle Blue (Amelia Borgerding) and Denim Blue (Parker Pascoe-Sheppard) are all worthy of love in their own ways, starved for affection, stability and boundaries too. Their desperate yearning for someone to help them, protect them from the shittiness of this world is heartbreaking.

Dolores is the hardest nut to crack, and the one that the flick seems to make it hardest for us to sympathise with as the film goes on. Her dreams, of water, of becoming a mermaid, of swimming away from all her burdens are the dreams that underpin the film, and, eventually, even Wayland’s dreams, despite the fact that he thinks he’s incapable of dreaming. While we may quibble with her actions, with her desperate desire for the something else she had hoped the last 15 years would bring her, have we not become a bit conditioned to see actions she takes as selfish, whereas another male character would be seen as actualising their potential or achieving their dream for the benefit of their family, etc?

The ending is fairly open ended, in that it doesn’t give us a pat ending or the reassurance that everything is going to work out okay for all concerned. I’m not even sure it gives us hope that it will be so, but there’s maybe enough there to let us think that Wayland, deprived of love and people to care about for so long, might find with the kids, if not Dolores, a reason to keep going and hoping, and a reason to stay on the straight and narrow. His last scene with his cynical parole officer emphasises without belabouring the point that Wayland is capable of an empathy people don’t expect. The officer is listing all the reasons why he wouldn’t trust Wayland to leave the state of Oregon and travel to California, and Wayland tells him he understands how difficult his job must be, dealing with so many lost people. It’s delivered so simply, so disarmingly, it points to there being more than people expect, and it’s what keeps us hoping Wayland won’t drown.

I loved Lorelei, but it’s not an easy watch. Be alert but not alarmed.