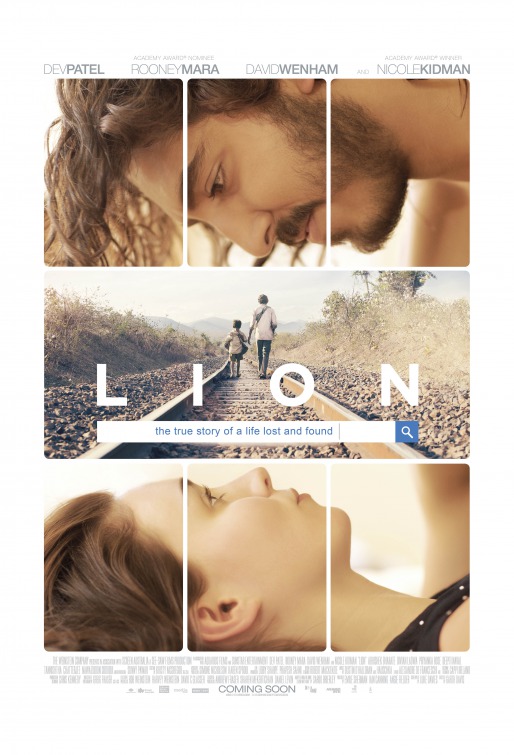 This is perhaps not a wonderful film. The fact that it is based on a true story perhaps means it deserves slack being cut its way. That being said, it is a very emotional flick to watch. What matters is whether it earns the emotions it insists, almost at gunpoint, that the audience feel.

And I felt them, oh gods in heaven did I feel them. Parts of this flick are deeply disturbing, and parts are wrenching. But what does it add up to?

It is such a compelling story, at least some aspects of it. The first section of the film, and the section that I daresay most people will think draws you in the most, shows two boys, at some time in the 80s trying to steal coal from a moving train. Now, I don’t support this kind of criminal behaviour, mostly because brown coal is, like, the total worst for the environment, but when we see why they steal the goddamn coal (to exchange it for two small bags of milk), you realise that these kids aren’t exactly criminal masterminds.

No, they ain’t slinging crack or shooting byatches upside their dome pieces for mad money – they’re two poor kids who lament how hard their labourer mother (Priyanka Bose) works, and they try to ease her burdens. For a bit of milk.

The younger of the two brothers, Saroo (Sunny Pawar), is tiny. He’s about five or six, but he really, really wants to work as hard as his older brother Guddu (Abhishek Bharate) to do whatever jobs he can. As his brother plans to go into town for some horribly menial labour, this goddamn five-year-old decides he should tag along too.

How does he indicate that, at five, he’s ready for the sorts of terrible manual labourer jobs India finds to best exploit their child resources? He lifts a bike up to show how strong his tiny arms are. Anyone else would think “Nah, stay in school, kid, the more you know the further you go”. But it doesn’t look like these kids are destined for the academic track. Instead there’s just misery and heartbreak in their future.

When they get separated at a train station, Saroo’s circumstances just keeps getting even more dire, and through an extraordinary set of bad luck compounded with worse luck, he ends up about 1600 kilometres away from home in a region of India where he doesn’t speak the language.

Now stories of kids getting lost aren’t rare, because they’re kids, and as we all know, kids are pretty dumb. If they were that smart, they wouldn’t get lost and they’d be solving differential calculus equations while they’re not getting lost.

Why does this story resonate? Well, I think it’s because although the poor child is eager to follow his brother to wherever in order to earn some green, his real motivation isn’t greed, it’s just to be a big boy with his beloved older brother. But his poor dumb brother doesn’t realise, when he does Saroo a ‘favour’ in letting him tag along, that it really is a terrible decision for either of them to be so far from home.

I joke about the general dumbness of kids, but the truth is Saroo is so young, and through no real fault of his own, ends up so far from home that he has no hope at that stage of getting home under his own steam. Where he ends up, the majority of the people around speak Bengali, which he doesn’t know. He so young that when they ask him his mum’s name, he responds “Mum”. When they ask what village he comes from, no one has any idea what he’s saying.

This is the section of the film that is the most endearing but also the most harrowing. A child, alone, in the streets and stations of Kolkata is at the mercy of so many things potentially going wrong. And we see some of them happening to Saroo, to the kids around him, but it is not his fate to become one of the lost.

His fate is somewhat stranger but mercifully so. He ends up in an orphanage and is adopted out to a Tasmanian couple (Nicole Kidman and Diver Dan – I mean David Wenham) and grows up, in of all places, Hobart.

Hobart is a lovely town, it’s true. It’s beautiful and quiet, and has a great mountain right next to it that has snow on it even in summer. Love the town. To a tiny Indian kid from the boondocks of western Madya Pradesh Hobart must have looked like a town on the other side of a distant planet, and a barely populated one at that.

Once we’ve barely gotten used to the idea of this child having escaped a terrible, implied alternative fate, the boy disappears, and is replaced with a man (Dev Patel, who is all brooding intensity and irritation, and little else in this role).

This second part of the film… is perhaps not as lovable as the first part. Don’t get me wrong – that first half is quite disturbing and harrowing in parts, but at least it’s enjoyable to be on the kid Saroo’s side.

Adult Saroo starts off okay, and starts off interesting. He’s assumed to be an ‘international student’ at what I assume is RMIT in Melbourne, but he casually remarks to other people, including other people from Indian backgrounds that he doesn’t really speak Hindi (anymore), and is Australian as far as he’s concerned. Now that’s a dilemma: a guy who thinks of himself as Australian who other Australians, us not being racist types, not at all, assume has to be one of them there foreigners coming here to steal our jobs and our hot women. His identity, at least at first, is something more complex.

His parents are lovely and he seems to have a decent relationship with his (at first). But he also has a brother, Mantosh (Divian Ladwa), whom the central white saviour couple also adopt so that Saroo isn’t alone. That doesn’t work out so well, at least from Saroo’s perspective. Mantosh is… difficult, as a child, and even more so as an adult. It doesn’t help that, at his lowest points, Saroo doesn’t think of him as his ‘real’ brother once the memories start flooding back.

A chance glimpse of an Indian pastry / sweet makes Saroo apparently start thinking about his origins for the first time in his life. From this point on he essentially becomes so consumed with finding out which village he came from and where his mother and brother must still be that he becomes the essentially irritating character monomaniacal tv and movies rely on as a default staple: the guy or girl who spends an unfeasible amount of time staring at a crazy wall.

Crazy walls involve lots of pictures, pins, maybe clippings from the paper, random scraps of paper, and sometimes bits of string. It’s a very evocative image. It almost always represents mental illness. If you’ve seen walls like this in real life, it can be quite chilling, blood runs cold kind of stuff. Seeing the random accumulation of crap that someone thinks all aligns together into a grand cosmic conspiracy can be quite horrifying. How does Saroo’s crazy wall compare?

Well, it’s relatively tame. They’re ain’t no pictures of celebrities or quotes from the Book of Revelations or Catcher in the Rye, or body parts, so it’s not too extreme. Based on printing out maps from Google Earth based on some nebulous idea of a search pattern of likely areas he might have come from, it’s basically just different maps of mostly the western part of northern India. And he has a search radius, based on an extrapolation of how far he could have traveled on that fateful train ride that saw him end up so far away from what he knew.

This element of the search is… not as enthralling as the makers might hope it would be. Saroo, in this part of the flick, acts like a total donk to everyone around him, alienating and boring everyone who crosses his path because he can’t think of anything else other than his obsession. I don’t know if that’s what actually happened in the actual person’s life, but if it was then it makes me like him a hell of a lot less. When Saroo and his soon to be ex (Rooney Mara in a thankless part) are at a party, somewhere that looks a hell of a lot like Carlton, in a Victorian terrace house no less, he even finds the time to act like an annoying prick then and there as she tries to just enjoy a party like a regular human being on a Saturday night.

None of my criticism is aimed at Dev Patel, because I think there’s a limit to what he could do with what little they give him to do at this time. He spends much of the rest of the flick trying to look upset and intense, and he does exactly that, it’s just that it’s hard to convey much that is worthwhile when you’re just showing a guy intensely and uncomfortably searching the internet for about half an hour.

Much of the hard emotional work done at this late stage of the flick falls on the fragile shoulders of Nicole Kidman, who no-one expects to put in a decent performance anymore, but she delivers tenfold with subtlety and nuance. Her character might be a bit strange, but Kidman manages to humanise her and make her someone whose unconditional love and understanding is enough to shame Saroo into realising what a dick he’s being. She helps him to see that beyond his search, when he lets his self-centredness sour his understanding of the people around him, there’s no fairness to the story he’s telling himself of what his family dynamics are actually like. It’s a profound misunderstanding of family and motivation, and maybe it makes him seem a little less objectionable before the end.

And of course there’s the end. As random as it seems, the meshing of memory and technology do lead to the reunion we and Saroo have been agonising over for the last two hours. It’s as uplifting and gutting as I would hope, and it goes a long way towards making the difficulty (for us) getting there seem a little bit more worthwhile. And there are revelations at the end which alternate between sad and hilarious (maybe that’s just me and my warped sense of humour). I think it’s great that Saroo got to realise his dream of being reunited with his family; I just wish he hadn’t become such a flat, painful individual in the course of getting there (though hopefully not so much in real life).

Lion – come for the harrowing life story and taking your girlfriend for granted, stay for the uplifting conclusion.

--
“We weren’t blank pages, were we? You weren’t just adopting us but our past as well”. – none of us are blank pages, but some of us lack all punctuation - Lion