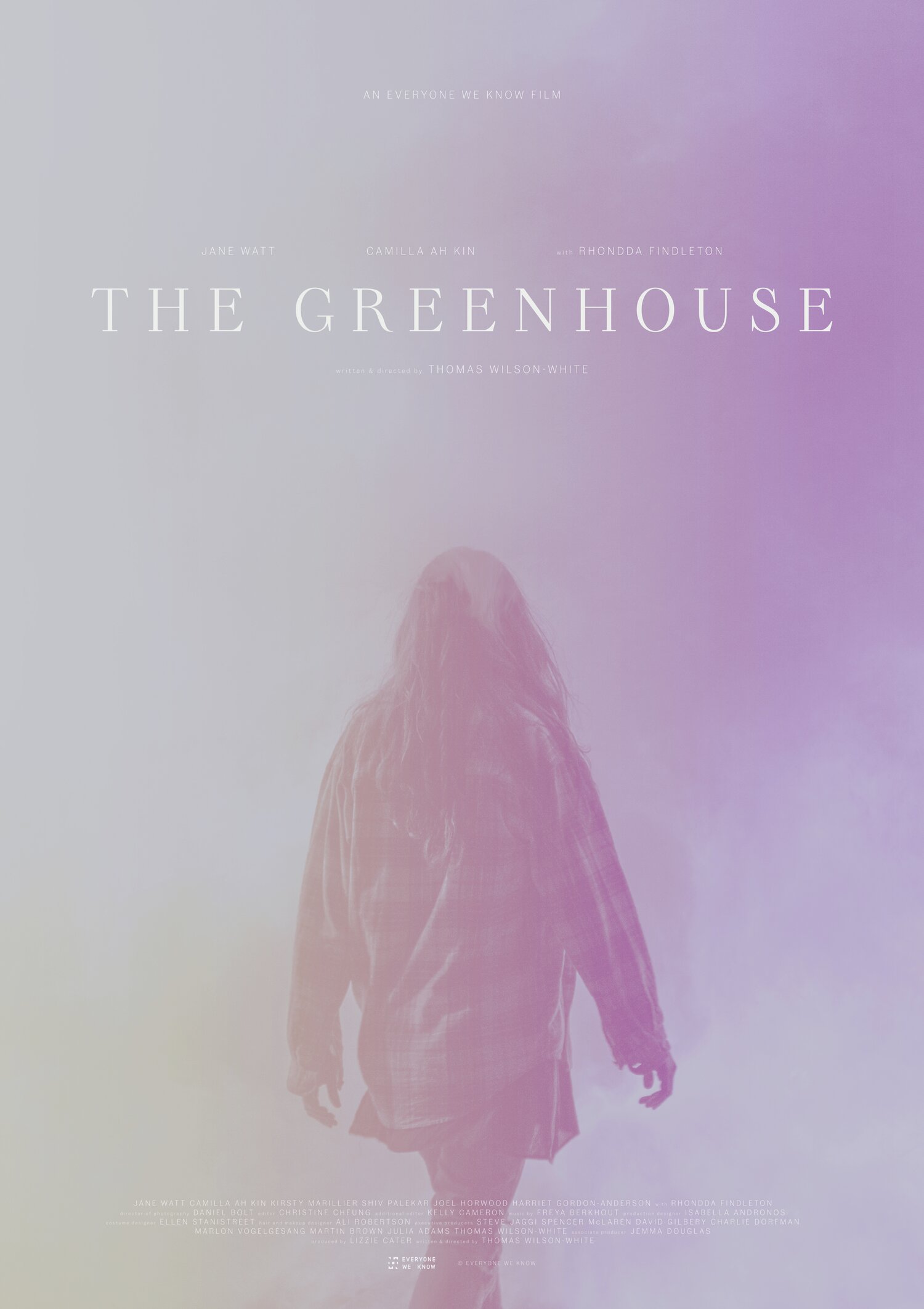 It's all ever so mysterious! Until it's not

The Greenhouse is a beautiful, loving, lyrical, melancholy flick for much of its running time. When it’s working, it works beautifully. When it falls apart, it hurts.

It’s one thing to have a metaphorical concept that illuminates the way in which some people become trapped in their own pasts, in their memories, in their grief and regrets. It’s another to make it literal, and turn it into a pretty silly reverse-Narnia type situation where people are randomly jumping into and out of doors and car boots.

I don’t want to emphasise the silly aspects, because then this review would ignore all the elements of the story and performances that work so very well in this movie.

The first plus is filming the majority of this flick at some amazing country property in Jervis Bay, which seems to have everything you could ever hope for (from a gorgeous rural scenery perspective at least), and more. This house contained a big family, of two mums and a bunch of kids, and grand views.

One of the mums, and one of the kids, still live there, but in some painful ways they are ghosts haunting their own house. Beth (phenomenal Jane Watt) is the kid who stayed behind, who didn’t move to the big smoke, who resents her other siblings for having moved on and embiggened their lives. There is a 60th birthday party for their mum coming up, and as always Beth feels like she needs to organise everything and control everything, because that’s her appointed role.

Even though, amongst the siblings, there is little obvious difference in age between them, I’m guessing Beth is the eldest (which brings its own pressures), then Raf (Joel Horwood) is second, and is a nurse or a doctor, I think, then Drew (Shiv Palekar) and Doonie (Kirsty Marillier) who’s some kind of TV star in the Big Smoke. All three have something going on in their lives.

Doonie, much to the ridicule of the others, is on some cheesy and crappy cop drama where every line of dialogue is a one liner, and it’s called Jurisdiction. The rest of the family, even the mum, mock it mercilessly, but they still feel obligated to watch it.

Whether the other siblings are successful or not is not really the lens through which to look at things, at least from Beth’s perspective. That they have lives or relationships or meaning is irrelevant. Even if they sit on a couch somewhere watching repeats of Bachelor episodes in between smoking menthol cigarettes, the important thing (to resent) is that they got out.

Only Beth stayed behind, with the remaining mum (Camilla Ah Kin). You see, these kids grew up with 2 mums, both of whom they loved, but one of whom died a couple of years ago. That mum, Lillian (Rhondda Findleton), and more importantly, her absence creates a wound in the landscape and in the lives of the two left behind.

Grief is vast. It’s not for me to put limits on it, or borders. For Beth it seems to be all consuming, but no emotion that complex can ever just be about losing someone. It takes a while to see the enormity of why the wound is so deep in Beth’s life.

In the process of trying to insist to her brother Drew that he is NOT to bring his new boyfriend to the 60th, Beth bumps into an old friend briefly in town, Lauren (Harriet Gordon-Anderson). When she sees her, though, while on her phone with Drew, she practically leaps behind her car to not be seen.

I can relate to that. Hate bumping into people unexpectedly. It’s the worst thing in the world, and, back when it used to happen, back when I walked around in a world where people bumped into people they knew by accident in a city or a town, I would sometimes stand there with my mouth opening and closing being unable to form words or sentences in a coherent manner, at least for several minutes or hours.

But Beth seems even less happy to see Lauren than that. Ouch, clearly some complicated history there. Beth’s relationship with everyone seems pretty complicated, but it makes it even less easy for us that the flick jumps around in time so much.

And yet even then I wasn’t ready for how much it was going to mess with a narrative fractured in time. Holy shit how it messes with it.

Exhausted, worrying about her mum, annoyed with her siblings, painfully missing her other mum, Beth wakes up one night, wanders out into the night, walks into a greenhouse she seems surprised by, then ends up back in the house, but at earlier times in her life. She sees herself, she sees the past, she hears and sees those no longer here, but right in front of her. She cannot change things, cannot interact with people, but she can at least see them and feel sad, glad or ropeable all over again.

The more time Beth spends in this mysterious house of memory, of the past, the more unmoored and drowned she becomes in ‘real’ life. After one long session, she awakes to find herself partly buried in the earth. It’s kinda shocking. When her other siblings see this, they laugh, and jokingly refer to how nuts Beth is.

Siblings, huh? Who’d have them? I don’t come from a family with lots of siblings, and, after watching something like this, or any time when I watch anything centred on a large family, I remain fairly grateful that I don’t, because honestly, what a fucking hassle. My partner, on the other hand, is from a family with 5 siblings, and some of the rare arguments I’ve seen when they all turn on one of them, or fling accusations at each other, or gang up on one parent, are a jawdropping sight to behold.

You wonder about how it is that people can still be carrying around resentments about stuff that happened 30 years ago. But that’s the magic of families. And the bigger the family, the bigger the tensions, secrets, accusations, trials and tribulations.

But what do I know. To bastardise the title of a fairly famous Italian flick, My Brother, after all, Is An Only Child.

The chances that Beth gets to see stuff from other angles, to get more info about why people said particular things at particular times, none of this brings her any closer to closure, or moving on, or incorporating her feelings into her memories in order to grow as a person – if anything it convinces her to spend more time in this weird place, and less time outside.

Which is when she realises that Ruth, her surviving mum, is also going into the greenhouse and living in the past, too.

I actually really like the idea of what this represents, because as a person with a certain type of obsessive personality who combs through memories and eternally tries to sift through the past in order to find…something, trying to change…something I understand the allure of such a concept. Many of us without access to such a plot device spend plenty of time with our regrets and sorrows, cutting us off from being present in our own present. So for me I didn’t need this “thing”, whatever it is, to become literal. When Beth tries to interact with memories, with people in her memories, and it goes slightly wrong, I thought “yeah, that makes sense”. When things at least symbolically start to go wrong, I though “that’s a kind of poetic way of referring to the dangers of becoming trapped in the past, in nostalgia, in cyclical thinking and harmful ideation, interesting way of depicting it.”

Then it becomes all too fucking literal.

I thought the most important relationship needing to be resolved would be the one with Mum Ruth, or her siblings, or even with Lauren, which is probably the most complex one to unpick and figure out, but the one that gets the most poignant screen time is with the one who’s gone, the one with whom such things are unresolvable, and that’s an added sadness that doesn’t detract at all from the story. That nothing here has a pat explanation or solution is to the film’s credit, and it doesn’t cheapen the characters at all.

Unlike some of the stuff that happens in the tail end of the flick, which, fucking hell, it’s pretty silly. When a version of Raf within the “mysterious” memory place, and a memory of Lauren start attacking people, I stopped being able to either rationalise or give an alternate meaning to what I was seeing, and just thought “please don’t”.

I still loved the majority of the flick. I actually like films about people trying to resolve longstanding family conflicts, dealing with grief and sadness that aren’t just people drinking and shagging. Hard arguments where people tear away at themselves and each other in order to get to some deep truths. I desperately wanted there to be more, for even more to happen, for even more to be said, but that’s not a bad thing. And that the ending doesn’t completely solve everything or explain everything (or even really explain what happens to remaining Mum, who seems like she wants to give up on life and remain with her earliest memories of saintly Lillian).

But it probably ends in the right place for this story. I though all four of the sibling performances and Lauren, as the former Best Friend Forever, were great, although I wish they’d given Raf a bit more to do than just glower and smoke all the time. I just wish the story didn’t force them to do some of the silly stuff they do in the climax. I thought the mums were great too, and the little speech Ruth gives about herself and her life at the party, so economically and humbly written, so perfectly delivered.

It’s Beth that walks away with the film, though. She gets to put a lot of complex emotions across without overacting, and delicately walks the line between playing a character who is suffering under a tremendous emotional weight while also not tipping over into stereotypes about mental illness (even though the connections are clearly there, just not overtly).

The Greenhouse is a strong film about people, families, sibling resentment, parental expectations, expectations we impose upon ourselves because of what we imagine they want. It has some silly bits but that shouldn’t ruin the overall impact. This came out in a year where no-one could go to a cinema to see it in Australia, and that’s a shame. They should all get all the roles and movies after this, because it’s a solid showcase for all involved.

Especially that house at Jervis Bay. You just lit up the screen, baby.

--
“She died thinking you were ashamed of her.” – crueler words have never been spoken in this or any other life – The Greenhouse