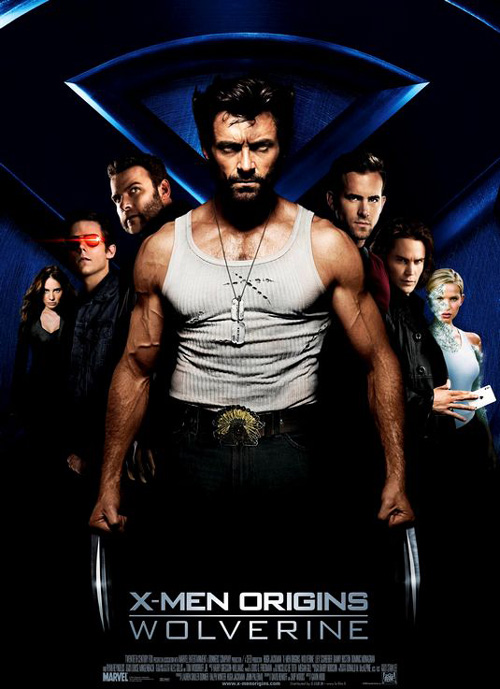 Not that I’m encouraging the abuse of Class A drugs. And if you do, make sure it’s quality stuff. You wouldn’t want to feel ripped off.

I don’t feel ripped off from having watched X-Men Origins: Wolverine. I don’t feel like my hard earned money was squandered in paying for a ticket to this summer blockbuster. But if you’re the kind of viewer who thought the X-Men flicks were too intelligent, and had too many words in their scripts, then say hello to your new favourite movie.

Still, the fact remains that the flick is pretty much pointless. Prequels, as George Lucas proved for evermore, are inherently pointless. From a story point of view, it’s pointless finding out how Wolverine came to be part of the X Men, because enough of his story was appropriately covered in the first and second movies. Going back to the 1800s in order to make his character seem almost Shakespearean seems even more like the textbook definition of overreach.

I think I speak on behalf of everyone who’s barely ever read a comic book but has seen a bunch of flicks based on them, I don’t really give a good god damn about origin stories. I’m plenty entertained by stuff blowing up, gun battles and people fighting in brutal or esoteric ways, and I like it when there’s an intelligent reason behind the various explosions and conflicts appearing on the screen. But as to the childhoods of the various protagonists and such, does it really matter?

Is anyone’s appreciation of life going to be enhanced by knowing that Wolverine’s full name is James Logan, and that he was born in Canada in the 1840s, before, in fact, Canada itself existed? And that his nemesis Sabretooth is actually his brother Victor (Liev Shreiber)? And that long bone spikes jumped out of his wrists around the age of thirteen or so, at an age where, you know, young boys often have trouble with things sticking out unwanted, though rarely out of their wrists.

Or that for no discernible reason Victor and Jimmy, as he calls him, fought in the Civil War, the Great War, the Normandy Invasion (where they kill Germans and Victor starts killing Tom Hanks and the others trying to Save Private Ryan) and finally Vietnam. This is all played over the opening credits, and all we are meant to gather from this is that Jimmy and Victor are pretty much immortal, and that it takes over 100 years for Jimmy to realise that his elder brother likes killing a lot, to the extent where he doesn’t care who or what he’s killing.

Because it’s Vietnam, because it’s the eternal lazy-ass symbol for American disillusionment with war and warmongering, Jimmy’s facial expression gets increasingly towards the disgruntled (or at least the more gruntled) end of the spectrum as he seems to be deciding Victor is no good. But it’s only even later than that after he and big brother start killing mofos in an elite mutant squad led by Colonel Stryker (Danny Huston) that Jimmy finally decides he’s killed too many people and that Victor is irredeemable. And that he doesn’t feel that he’s winning the battle of the facial hair.

Cue the return to nature. Cue the return to some natural solitude, but with the love and attention of a good woman, in the form of an Inuit / native / noble savage schoolteacher who loves him just the way he is but tries to keep him from his essential animal nature by making him chill out and not kill people for no reason.

Whatever; the banality of the dialogue doesn’t even try to hide the emptiness of the script, which really doesn’t have much to do apart from get Wolverine to where he is supposed to be at the beginning of the first film in the series. Sure, we get to see how an effectively immortal Wolverine goes from being merely immortal and rapidly healing to being immortal and rapidly healing with indestructible metal on his skeleton and claws. You know, because it really makes a difference.

The one – what I thought would have been insurmountable – obstacle the flick faces is explaining how Wolverine loses his memory of his, uh, origins. To say that the solution is unsatisfying would be a powerful understatement.

So, with any of the brains of the series / franchise lobotomised from this entry, what you’re left with is fights and cool effects streamlined and magnified to epic extremes. At least in theory.

In reality we’re left with a pretty substandard superhero flick that promises little and delivers exactly that. Wolverine may be the most popular character in comic book fandom, but he’s really not that interesting. The attempt to give him pathos through backstory is absurd and completely undercut by the ending, which means he doesn’t remember shit. Maybe that is supposed to be the touching element; that he doesn’t remember anything, but doesn’t that just mean that everything we saw is now meaningless? But that shouldn’t matter if the action’s okay, right?

After Wolverine’s experimental surgery, he ends up screaming and naked, running around the New South Wales countryside (yes, much of it was filmed in Australia, and many minor roles are filled with Aussies doing bad American accents). He ends up hiding out for a few minutes with an old couple straight out of central plot device casting. Not only do they give him a cool leather jacket and a motorcycle for no discernible reason, one of them even gets to say “you remind me of my son”, a line so painfully cliché that I groaned out loud upon hearing it.

But I guess we’re supposed to forget all that crappiness when Wolverine gets on the bike and starts destroying shit, from humvees to helicopters, without raising a sweat.

I thought the action was generally well done, but the big action set piece at the end atop the cooling towers of the Three Mile Island reactor facility left everything to be desired. If The Dark Knight showed us that movies with comic book origins could transcend their pulpy limitations and deliver stories with powerful themes and something of an emotional impact, then Wolverine shows us how much easier it is to just coast along and deliver a dumb action flick never threatening to even approach the limitations of the genre, let alone transcend them. It is purely of its genre, in that the pointless plot twists, the even more pointless matchups and empty conflicts remind a viewer more of the heyday of professional wrestling rather than other, better films.

Jackman looks the part, definitely, but shows his discomfort with the character whenever he’s not snarling or screaming. Humorous scenes and touching ‘emotional’ scenes are agonising, and make me wish, even when I’m aching for some better dialogue or humour, that the characters would just shut up and get back to fighting.

The character just can’t really do much on its own. All he can do is run around and fuck shit up. If he’s not tearing things up, then he’s standing around uneasily, with nothing to do and no way to amuse himself, like someone standing on their own at a party where they don’t know anyone. It must have seemed like a stroke of genius to give him his own flick, but this flick proves, if nothing else, how empty he is on his own. They should have given him a story set after the events of the other films, but instead they just hamstring him with the most pointless origin story in comic’s history.

There are some decent enough glimpses of other mutants, like Gambit, but there are enough appalling cameos like that idiot from the Black Eyed Peas to the extent where you wonder whether people earned their place in the cast by buying their way into the role with their ill gotten gains. Will.I.Am is a terrible actor with a terrible name. He’s a pretty shit musician as well, but at this point pointing that out seems like kicking him when he’s down. His line readings are embarrassing and should guarantee (which it won’t) that he never works again.

I didn’t like it, I think that’s obvious, but I still enjoyed it more than the third X-Men movie, which I still hate with a powerful passion. I can’t bring myself to condemn it entirely, but I can’t pretend it’s a good movie on any level that really matters.

4 times that the ending, and the post credits scene, made me feel even more depressed than I’d been previous out of 10

--
“I thought you were the Moon and I was your Wolverine. Turns out you're the Trickster, and I'm just the fool who got played.” – oh gods make it stop, X-Men Origins: Wolverine.