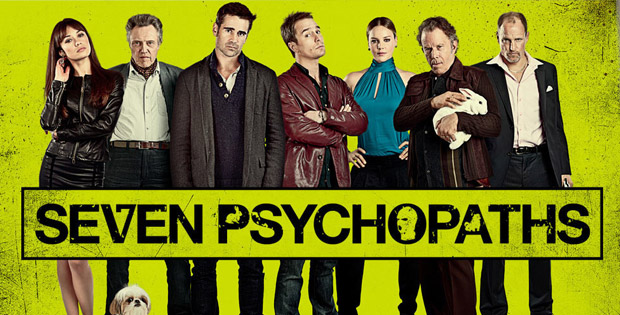 When I write reviews about movies, I find it slightly pointless to include info that’s readily available on the tubes of the internets. There’s no point replicating the services that Wikipedia or IMDb provide, so I don’t bother including a lot of “actually, you may be interested to know that while this film was being made, the director was sleeping with the sister of the lead actor, who in turn was snorting the cremation ashes of Charlie Chaplin off the lower back of Rita Hayworth’s great-great-grand niece” type stuff.

It would be pointless, I think you’d agree. My personal take on these movies is the only thing I have to contribute in this world, and it’s not the perspective of an insider or an expert, just a shmuck fanboy. You can guess what that’s worth.

What I’m getting at is this: I could easily look up what the actual circumstances of the writing and production of this flick were. I could find out from the horses or whorses’ mouths almost instantly. And I could include that here. But what would be the point of that? Such knowledge wasn’t with me at the time when I was watching this deliriously insane flick, so it didn’t inform my enjoyment of it. So what would the point of talking about the ‘truth’ be?

Instead, I’ll relate what I was thinking about when I was watching it instead.

Martin McDonagh came to international acclaim after In Bruges came out. I don’t think it was hellishly successful financially, as in it didn’t make billions at the box office, but for a time, for months it seemed, a whole bunch of people were talking about it. His skills probably in order of importance or expertise started with and grew from: being a successful playwright, writing some screenplays, and thence to directing.

With success, modest or otherwise, come strange riches and stranger opportunities. Someone must have said to him, here’s several million dollars, come to LA and write whatever you want, no strings, promise.

You get to LA, you start trying to write that screenplay, you hit the bottle, and the writer’s block and the pressure to write something brilliant as before but different enough to not be accused of complacency completely destroys you.

That’s when you, and by ‘you’ I mean Martin McDonagh, resort to the saddest and most pathetic cliché in the screenwriter’s bag o’tricks: if it was good enough for Barton Fink and Adaptation, then why not Seven Psychopaths?

The resulting utter mess, and it is a mess, is Seven Psychopaths. They say that certain difficult processes can be as impossible and fruitless as trying to herd a clowder of cats. Well, imagine herding those cats as they sit on the shoulders of a bunch of psychopaths with their own contradictory, mutually exclusive storylines, and a deliberate desire to avoid and celebrate a lot of violent movie clichés, and then you have an even better idea of what a mess this is.

I haven’t decided yet whether it’s a glorious mess or not, and I’m not sure if I’ll know at the end either.

As the film begins, two hoods stand on a bridge and indulge in banal (yet disturbing) banter as they wait for a woman they’re supposed to whack. I recognise these two guys, at least the actors, not the characters. Two Michaels, Pitt and Stuhlbarg, who might be known for their various films or their time on Boardwalk Empire. They talk and talk, for three minutes (I timed it) before someone in a red hood comes up behind them and shoots them both, dropping a pair of diamond Jacks on their cooling corpses.

This is Psychopath 1. There are plenty of others, but this is probably the most important one, because all evidence to the contrary, this is the worst lunatic/psychopath who kills the most people in the movie, for little purpose beyond being an external manifestation of the main character Martin’s (Colin Farrell) drunken dysfunction.

Martin has a lovely Australian girlfriend (Abbie Cornish, in an utterly thankless role, waste of her talents second only to Sucker Punch), and a despicable best friend, Billy (Sam Rockwell), who is in absolute arsehole mode here. He is constantly needling Martin and abusing everyone around him. He’s Great!

Billy is something of the actor equivalent of what Martin is like as a screenwriter: he’s a fuckup, but he doesn’t seem to care, which is the difference. His main source of income is kidnapping, or dognapping, people’s precious pooches, and then giving them back for the reward money. In this endeavour he uses Hans (Christopher Walken), an older dapper gent who gives the enterprise cover with his gentility and who needs the money for his beloved wife who is fighting dreaded cancer.

Martin is a total drunk, but in ways that don’t really matter that much, as in he alienates people around him, but we don’t really see the bad stuff he does, mostly he just seems to wake up with a bit of a headache. We never see him shit himself in a friend’s car, or punch out someone’s frail grandmother for making some remark about Chelsea.

Billy seems to be trying to help Martin out, but he doesn’t really seem to be ‘real’, even within the context of the movie, whichever storyline you care to pick. For the longest time I kept thinking that there was going to be a Fight Club<?b>-level reveal, but nothing was doing, as far as I know even now, though it would have made more sense if several characters were figments of someone’s imagination. Billy puts an ad in the paper asking for Psychopaths to come along and be interviewed by Martin, for inspiration for his screenplay, and how is that going to really help anything?

Tom Waits turns up clutching a rabbit, wanting to be interviewed. Why would a homicidal psychopath go on the record for various crimes (I know Tom Waits was playing a character, but hell, at this stage, Tom Waits could actually be a serial killer and he’d still get a free pass from me)? He does it because he wants to be reunited with his lady love, and makes Martin swear that he’ll include his phone number in the credits of the eventual movie called Seven Psychopaths.

You with me so far? Seven Psychopaths is a movie about a guy trying to make a movie called Seven Psychopaths, which a character in the movie actually gets to see, eventually, leading to one of the strangest codas a film has ever had (which comes just after the credits start, so don’t stop watching or walk out straight away).

Billy has seemingly accidentally (ends up being on purpose) dognapped the cute dog Bonny of a violent and spontaneous crime boss called Costello (Woody Harrelson), which means a lot more people are going to get killed. Since this isn’t a film pretending to occur in the real world, or even in a fictional ‘real’ world, when Billy wants the story to culminate in a shoot out in the Mojave Desert, then he’s going to get himself, Martin and Hans to the desert for the shoot out.

Except, for some reason, they’re going to take a shitload of peyote first.

Writing it down makes it seem a lot more logical that it actually is. The fact is it felt completely sporadic and insane as I was watching it, because nothing flows in a predictable way from anything else. It’s just insane, but not in a chaotic or anarchic way. No one, no one could predict how stuff is going to play out as this flick is occurring. Of course it’s deliberate on McDonagh’s part, because it must have been a lot of desperate fun just thinking “I don’t know where this is going, but it doesn’t have to pan out the way these flicks always pan out, so why can’t I just do whatever I want?”
[img_assist|nid=1825|title=It's like this for hours and hours|desc=|link=none|align=right|width=450|height=316]
If there’s some kind of character development, and that’s a big “if”, it’s the idea that Martin has to become less passive in his own life, by taking more actions himself either positively or negatively. It’s all right to rely on Billy as some kind of unwanted catalyst because he drives the whole story along, with Martin as an unwilling passenger, but Martin has to drop the bottle and pick up the reins. I guess. It’s hard to wring meaning from this otherwise.

It’s a strangely funny film, I’ll give it that. Colin Farrell has a great facility for comedy, so much moreso than for violent action, and it’s those qualities from which the film (and In Bruges before it) most benefits. His acting is best in those scenes where his unwillingness to go along with the clichés of action films comes to the fore, when he refuses to be cowed by either Billy or Costello and his thugs.

I had some fun watching it. I don’t think it’s a brilliant film, in that it felt like too much of a pastiche, and like a forced inclusion of the contents of a whiteboard upon which dozens of ideas were smushed together that didn’t organically fit. But it’s McDonagh’s prerogative to make his films his way, and as much of a mess as this is, it definitely was never boring, and I enjoyed watching it from beginning to end. I think. It’s hard to know, because I may have just gotten drunk and dreamed up the whole thing.

7 times Christopher Walken has aged into an even freakier-looking chap, as if that should even be possible out of 10

--
“Yeah, I'm sick of all these stereotypical Hollywood murderer scumbag type psychopath movies. I don't want it to be one more film about guys with guns in their hands. I want it... overall... to be about love... and peace. But it still has to be about these seven psychopaths, so this Buddhist psychopath, he... he doesn't believe in violence. I don't know what the fuck he's going to do in the movie.” – yep, it’s just like that – Seven Psychopaths