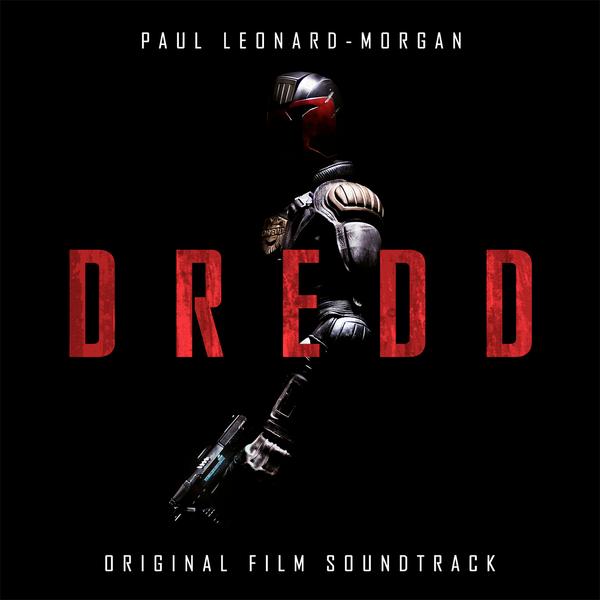 Fear me, for I Am the LAW! And I have a funky, funky helmet

Look, I know what you’re thinking: how could a Judge Dredd movie without Sylvester Stallone possibly work. It’s a hard sell, I know. But the miracle is that this film is about the most perfect movie version of the long-running British comic book character that we’re ever likely to see in our lifetimes.

No, I’m not saying it’s a great film, one that’s likely to ever have the kind of crossover appeal of The Avengers or the Batman epics (I mean crossing over to the ‘normal’ segment of the population, as opposed to the geeky or the ones who just watch any action movie as the half-eaten corn chips fall out of their gaping maws). This will probably disappear into the ether unwatched and unlamented by the discriminating masses.

That’s not much of a shame, because, honestly, who cares across this sad and beautiful world? A handful of comic book fans like me? It’s enough of a shame that they actually bothered to make a decent Judge Dredd, with a decent actor as Judge Dredd for once.

It’s a shame because every time they adapt a character faithfully from the paper medium into the one of 3D and ‘splosions, do it well, and it fails at the box office, the scumbags at the studios think “Well, we obviously didn’t change it from the source enough. Next time we’ll put in more puppies.”

This is not for everyone, in that it’s a dark and ugly flick in a lot of ways. After all, it is set in a dystopian future (so naturally they filmed it in South Africa). It is also, however, darkly funny, somewhat compelling and capable of moments of horrific beauty.

Also, if you saw The Raid: Redemption a few months ago, it’s exactly the same plot (I guess they’re good guys battling their way up a hostile residential building to kill some bad guy) which sometimes confused me when the various people weren’t talking, grunting or screaming in Bahasa Indonesian.

Karl Urban has never been accused of having too many facial expressions, and so his career has reached its apotheosis in playing Judge Dredd. He never takes the helmet off, he never smiles, he never sounds anything other than perpetually pissed off.

The story is set in a hellish place called Mega City One. A lot of humanity has been wiped out through nuclear war, and the ones that remain live in super-hyper-mega block structures. The one where most of the running time transpires is called Peach Trees, a deceptively pretty name. It’s a massive residential block that stretches over a kilometre into the sky, filled with nearly a hundred thousand regular people. Even with 96% unemployment, I'm sure the people there are living happy lives of noisy desperation. Unfortunately, the block is ruled by drug lord Ma Ma (Lena Headey) and her clan of crims.

They've recently invented a great drug called slow-mo, which makes time pass for the user in an excruciatingly slow manner, which we, the lucky audience, get to experience as well. Whenever these slow-mo moments occur, their ugly world becomes briefly beautiful, almost like that scene in Trainspotting when Renton crawls into the worst toilet in Scotland and emerges in a Brian Eno-composed aquatic paradise.

This futuristic setting, one we hope never occurs in our lifetimes, is very nasty, and we get the impression life isn't worth much. Anarchy almost reigns, and the only form of law enforcement is the Judges. Most feared amongst them is Dredd, who is unwavering in his dedication to the law. That is, his absolute adherence to the letter, not the spirit or intention, of the law.

Everything exists in the stark contrast of the criminal or the legal. Criminals can instantly be sentenced to death once they've done or said a single thing wrong. Dredd enforces the letter of the law with nil compunction, nil emotion and no hesitation.

In other words, he's a great hero for the ages. Is he distinguishable from the legion of other cop characters / vigilantes that stink up the multiplexes totally murderising the scum of the world for our amusement? Not particularly, but he's Judge Dredd! That's his virtue, his raison d'etre, his singular appeal. And they're just scum, so what are we supposed to cry about?

He's the worst nightmare of crims, and the wet dream of fascists the world over. The comic I think initially started out as a not very subtle critique of Thatcher's Britain and the tail end paranoia of the Cold War, but here it's just a basic dynamic of virtually no complexity. Good guy kills a whole bunch of bag guys. The end.

Except... Except, just like almost every other cop story, he has a rookie with him, trainee Judge Anderson (Olivia Thirlby), who's being evaluated. Pass means she gets to be a Judge full time. Fail means, well, in this world it probably means death or worse. She has certain abilities, psychic at that, which really help at convenient times during the action, and not at others, where it would be inconvenient, I guess.

She seems to be in awe of Dredd, but then anyone would be. Once they embark on their 'routine' murder investigation at Peach Trees, of three skinned scumbags flung from structure's apex and forced to take slow-mo in order to make the plunge and agony last an eternity, it seems very unlikely that either herself or Dredd will live to see another 24.

So today is not a good day. Almost immediately, their lives get more complicated as soon as they arrest one of the sadists responsible, but then the soft spoken, heavily scarred and completely nuts Ma Ma locks the whole building down, using some kind of nuclear shielding. And then she basically tells everyone in the building to kill the Judges or die trying.

That's it, not in a nutshell, but in its complete entirety. It might seem like a reductio ad absurdum, along the lines of sarcastically summarising Titanic as "Boat Sank" or Forrest Gump "Retard makes good" or Synecdoche, NY as “?”, but that’s all the flick needs. Dredd and Anderson fight, mostly shoot, their way through the thousands of crims in the building. Then Ma Ma tries to kill virtually everyone on a particular floor in the hope of getting them. No dice. Dredd is too tough. Even the crims give up.

So she gives up, goes along with the police peacefully, and every one of the thousands of the people in the building reform themselves and dedicate themselves to living better lives, devoted to their families and kittens everywhere.

Not bloody likely. The violence is excessive, thousands of people die, and Dredd chugs along like an unkillable terminator most of the time, efficiently sentencing everyone who fucks with him to a fate worse than death.

Anderson, in her way far more powerful than Dredd, is perversely the more human between them, despite her powers, or because of them. She is our ‘in’ into the story, because she’s not completely sold on the harsh manner in which Dredd enforces the law. She knows that a single infraction in Dredd’s eyes will get her thrown out, and that even if she does okay as a Judge, thousands of angry crims want to kill her painfully. At least she has some doubts, some hesitation, living as she does within this fascist construction.

I didn’t mind it, I have to say. There are violent films I can enjoy, and others I can’t, and this one proved enjoyable for me. It’s dark, both in tone and visually, but I don’t mind that sometimes. In a different mood I probably would have found it depressing, but I wasn’t in that mood this time, so it didn’t happen. Instead I enjoyed it, and recommend it to anyone who likes mindless action flicks with a righteously fascist veneer over their action.

I thought Lena Headey, who doesn’t really get to do enough, was surprisingly good. She’s a force of evil nature in Game of Thrones as Circe Lannister, capable of understanding and incredible sadism in equal measure, but here she’s just a raw, scarred sociopath, with plans within plans, at least until she meets the immovable, unarguable object that is Dredd’s righteousness.

The biggest laugh I got was at the end when whatever happened happened, and a superior asks Dredd about what happened. His answer is so short, so simple, that his supreme understatement made it seem that, in his world, this wasn’t even much of an unusual day. That every day, or every other day is like this for him, and he’s more than up to the task.

Dare I say that Karl Urban was great in a role where we never see his manly features, where he grunts monosyllabically for 90 minutes? Yes, I can say it. I’d love to see another Judge Dredd flick, but I doubt the world wants what I want, so we’re probably going to have to be content with what we got.

That’s enough for me.

--
“In case you have forgotten, this block operates under the same rules as the rest of the city. Ma-Ma is not the law... I am the law.” – you certainly are – Dredd.