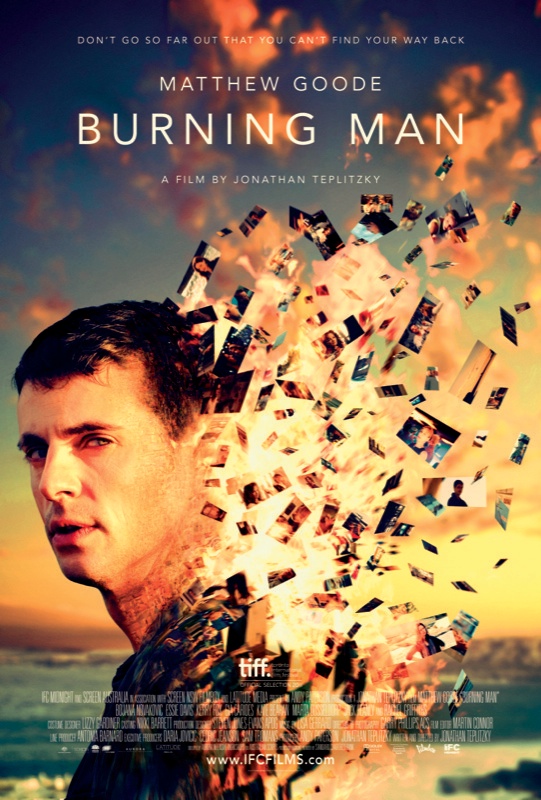 It’s a tough environment to work in. Margins are razor thin, staff can be undependable and turnover is high, and your restaurant can live or die on the quality of a day’s produce, or be murdered by a single stinky review. It produces exceedingly talented people, but it also makes some bush league level arseholes into Parliamentary – International level arseholes.

Arseholes like Tom. We see a lot of disjointed images at the beginning, ones that seem to be jumping all over the place time-wise. We’re not sure what’s happening and when it’s meant to be happening, and it takes a long time for the story to coalesce for us.

This deliberate fractured narrative is intended, I think, to give us the setup first: How much of an arsehole is Tom, who also seems to be heading for a fiery death, and how did this all come about?

There are a lot of women shown briefly at the beginning, giving us a sense that Tom is a player of the highest order, just like all chefs, but as the story progresses it illuminates the elements of his character, so that time (as in, when something happens) tells us more about Tom rather than the element itself.

Tom is not alone in this world at all. He has a son, cruelly called Oscar (Jack Heanly), but whatever else seems to be going on, he has a son to love and look after. And what of the mother?

The shattered chronology of the story deliberately misdirects the audience’s attention. It’s not like the identity of the kid’s mother is a mystery or anything, it’s just that the flick implies it’s one person for a while, and then reveals that it’s someone else. These reveals jump backwards and forwards in time throughout the flick, so much so that it’s only at the end that we can be secure that it’s not going to result in another jump forwards or backwards.

I can’t really talk about what happens, or who the mother is, or why Tom is Tom, but I do want to say that it’s really well handled and put together. I don’t know how much of a nightmare it was to edit this film together, but it couldn’t have been easy. Either that or the flick was put together at random by a colony of wallabies and they just happened to put it together in a supremely effective fashion. At each piece of the puzzle is put forward to connect one element to another, it keeps building on an overall portrait “Ah, now I get it. He’s an arsehole, but who wouldn’t be in his situation?”

Matthew Goode is, I hate to say it, very good in this role. He does really well in a portrayal that is more physical than the dialogue that’s required of him. He gets across this nervous energy (that is completely not neurotic), this aggrieved flustered fuckedupedness and a kind of joy as well. It’s hard to describe, but there’s a lot of lust for life that seems to define the character and his actions, which becomes double poignant because of what happens to him and, more importantly, the people around him.

It’s hard to make an arsehole character sympathetic, and this flick certainly does. It takes its time to make us feel like the turnaround in our feelings towards the character is earned, and believable.

It also means that, fractured narratives and non-linear chronologies and whatever else you want thrown in aside, it is all intended to maximise the harrowing nature of the story. Tom’s grief, his overwhelming, world-destroying grief is kept from us and parcelled out in what seems like a confusing fashion, but I like to think that we eventually come to understand why the makers resort to this.

It’s also important to have a decent child actor in the role of the main character’s son, and I think they did more than all right with the kid playing Oscar. Instead of murdering his parents for giving him such a name, he is a sweet kid who always remains believable, and is never precocious or wiser beyond his years. He has plenty of lovely, low-key scenes, but his most powerful scene occurs when he vents his rage at the whole unfairness of the universe, which never does anything fairly or gently.

I’m not ashamed that I found that bit both affecting and mortifying, and I’m not going to explain why. There is also a key scene of embarrassment that he plays a key part in, involving his father having sex with a very energetic Rachel Griffiths, who isn’t in the story for much but plays an important enough role. There is a lot of sex in this flick, but I wouldn’t say that any of it is particularly sexy, nor do I think it was trying to be. There is a nice enough sex scene between Tom and a crucial woman, as he touches her breast, which is cruelly juxtaposed with a breast exam by a doctor (Garry McDonald) that doesn’t end well for anyone concerned.

Sex and death, Eros and Thanatos, inextricable from our lives, in art the one can’t be untangled from the other.

Bojana Novakovic plays the recipient of both forms of attention, and it is upon her that the other crucial element of the story rests upon: giving us enough reason to care in order to care about whether we understand why Tom is acting like he is. She is luminous in this role, but thankfully the film doesn’t force her to conform to the standard cliché in many of these kinds of movies (I’m thinking of the Steel Magnolias – Terms of Endearment – Love Story – Sweet November plague) reliances whereby the closer they get to death, the wiser they become and the more wholesome and prettier they look).

The film respects her and respects death enough to make it the fearful, messy, ugly experience that it is. People act badly before, during and after it, and the only solution is acceptance after grief, but some people would rather burn the whole world than allow themselves to give in to it (hint hint).

If there were bits of the story that didn’t really make that much sense or really need to be there, well, I’m more than prepared to cut the flick some slack on those elements, though I’m not entirely sure whether they needed to be there. The role played by Kate Beahan as a working girl who gets involved with Tom, and Anthony Hayes as some longstanding friend of Tom’s who appears out of nowhere, says ten seconds of meaningful words and then disappears, well, I’m not sure they were as well integrated into the story as the other elements. Plenty of other people do solid work without having any chance of dominating scenes or overwhelming the central chaotic narrative, but few of them can compete with Tom or the structure.

Essie Davis plays another of the important roles in Burning Man, and she is as great here as she is in everything she does, no matter how big or small the role. As someone close to Tom and Oscar, very close, she gets to feel and express the emotions Tom can’t, for the longest time, and it’s helpful to have someone in the story that loves Tom and Oscar, as least to remind us that Tom must have some redeemable qualities.

A climactic scene towards the end occurs on a gurney as someone is desperately raced into an ER at a hospital. As funny as I found this scene, as ludicrously hilarious as it was, it depends on ER personnel being either stupid or completely incompetent, and that also goes for the paramedics as well, who could not have presented the ‘patient’ to the hospital in such a state. I guess our relief was supposed to countermand our experience of what could happen in this world, as opposed to something that looked like it was out of one of Peter Jackson’s earlier films like Brain Dead or Bad Taste.

It’s an interesting flick, and a somewhat difficult one at that, but one that I feel was rewarding, in the end. I’ve had the flick on my queue of things for watch for much of the year, and I regret having left it this long, because I really enjoyed it and I think it was certainly one of the stronger Australian movies of 2011.

You have been warned. There will be tears before bedtime