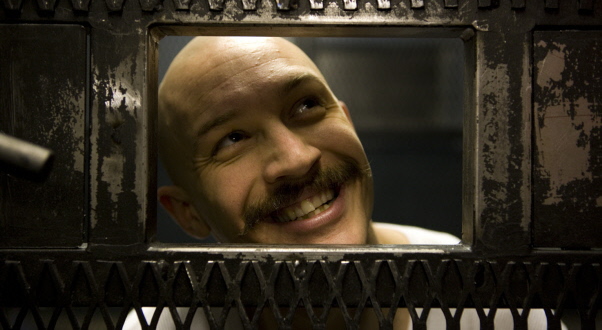 Usually, biopics about crims follow trajectories either redemptive or horrifying in their ambitions. Note that I’m not talking about fictional crime flicks, which are a completely different world. Crim biopics, since most actual lifelong crims are boring and useless from the perspective of telling an interesting story visually, are about the standard rise and fall of the ones who killed bunches of people and / or made a shitload of money until they were finally caught or killed (Public Enemies, Goodfellas, American Gangster, both series of Underbelly, the Blue Murder mini-series, The Krays, The Long Firm) or, if they’re about serial killers, it’s about how awful they were and what awful things they did, whether they were caught or not (Monster, Zodiac, Dahmer, Hillside Strangler, Deliberate Stranger, Beverly Hills Chihuahua).

Then there are the stories about the miscarriages of justice resulting in innocent (or at least sympathetic) people enduring horrible conditions in jail and triumphing over adversity, in the showers or anywhere else (Hunger, Midnight Express, In the Name of the Father, The Hurricane).

Rarer still are films about crims whose only claim to fame is that they are crims. Not what they’ve done in terms of crimes, but how nutty they were as people. Chopper, directed by Andrew Dominick, is a superb example of this kind of flick. Bronson, which has certain parallels, is somewhat less so an exemplar of the mini-genre. The main reason is that Mark Brandon “Chopper” Reed has at least some kind of charisma and infamy resulting in the many best-selling books that he dictated to some guy (with diminishing returns, to be sure). This gave Eric Bana something amazing to work with in his hilarious, hypnotic, horrifying portrayal.

Charlie Bronson and Bronson don’t really have as much to go on. For all the potential psychopathic similarities betwixt Chopper and Bronson, the film about the latter has little to say except that the protagonist is completely fucking nuts. He really doesn’t do anything else in this flick apart from be completely fucking nuts for our entertainment.

They brand him the most violent criminal in Britain, but I’m not sure how you measure such a thing. Is there a league table, a spreadsheet, or a phone poll for these sorts of things?

After you watch the film, though, your doubts might evaporate like mine did. I try not to spend too much time pondering the daily existence of the completely irredeemable lifer prisoner, because it strikes me as being one of the most depressing things you could contemplate. The life of Charlie Bronson seems even worse.

The majority of his life has been spent in jail. The majority of that time has been spent in solitary confinement. Why? Well, it’s not because he’s some criminal mastermind. It’s because all he wants to do is fight – fight – fight. He will fight anyone and anything, in any combination, in any context, for no reason apart from wanting to just fight.

The point, though, is that there’s no prize for this kind of fighter. Someone who blindly fights, other prisoners or guards without any fear or favour, is little more than a pain-deranged feral animal. Of course, that’s considered to be a positive trait if you’re the lead character in Gladiator, or Wolverine, or Rockys 1 through 6.

In reality, someone like that, fearsome though they may be, is never going to be anything less than a freakshow oddity. Although that they can survive and endure thousands of well-earned beatings at the fists and clubs of countless guards is admirable (so to speak) in and of itself, it doesn’t mean anything for us. We can wince as he cops yet another bashing, but it’s what he lives for, and all he thinks about, and causes for no other reason than to inflict pain on guards for as long as he can before he is subdued.

There’s no thought process, there’s no philosophy in this. No meaning I can discern. There’s just lizard brain monstrousness. I’m not in any way qualified to deliver any kind of psychiatric verdict on this chap based on watching a flick about him with an actor portraying him, but there doesn’t really seem to be anything more going on than just the fact that he is completely psychotic.

He actually likes prison, well, he prefers it to the loony bin, and thinks of his cell as his hotel room. What he doesn’t like is being sedated, or being in any way hampered in his efforts to beat up guards. He doesn’t seem at all interested in getting out of jail, ever.

Later in the film, when he takes a terrified guard hostage, he doesn’t, upon being asked by the warden as to what demands he might have, not even bullshit demands like helicopters or Scarlett Johansson to make, or anything at all that he might actually want. He takes hostages solely to take hostages, and then prepares for the rush of guards that will inevitably ensue.

Of course it’s important to distinguish between the actual lunatic and the one represented here. The cinematic Bronson takes hostages for the fuck of it. The real Bronson did take hostages and asked for all sorts of insane shit, like helicopters and such. The cinematic Bronson stares out at us dead eyed, monstrous and somewhat alien. The real world Bronson is somewhat more self-aware, self-aggrandising and has a lot of merchandise available through a website.

This blankness, this emptiness within him, this complete nihilism is somewhat frightening. You would think this would make the flick a grim exercise in prisoner horror. Thing is, though, the flick is too odd, grimy and sardonic to take too seriously.

Bronson addresses the audience (through addressing an audience watching him perform upon a stage, a fantastical device serving no real world purpose beyond giving him a chance to tell us more about himself) in coat tails and whiteface makeup, in a highly surreal fashion. The insights aren’t particularly insightful, but they do give us something more. I’m not sure if it’s a greater understanding that we approach, because the signposts indicating the relevant aspects of his character (he’s not very bright and he lives to fight) are pretty hard to miss.

The flick can’t really get us into his head if there’s nothing much there, but it does give us a sense of his existence. In a strangely effective sequence, Bronson circles his tiny cell repeatedly, with the camera following him continuously, taking us with him on a path he must have taken hundreds of thousands of times. The sheer misery of the incarcerated life is summarised with just a few minutes, the monotony seeming like it’s never going to end.

The central performance by Tom Hardy is pretty amazing, in a discomforting way. He dead-eye stares out at the camera in a way both calculated to unsettle and to project the vast void at the core of this lunatic. The absurdity of the film tries to mitigate the madness, and it succeeds. It helps that Bronson, or at least Hardy playing Bronson, looks so odd, in fact deliberately looks like the archetypal circus strongman, with the bald/shaved head and the curling moustache. As strange as he is, every supporting performance in the flick is just as affected and overdone, showing us deliberately that this world is not meant to be mistaken for reality or history.

Danish director Nicolas Winding Refn is infamous for making the Pusher trilogy of flicks, which are three of the nastiest, grimiest things I’ve ever seen, dealing as they do with the drug addicts, dealers and various other enlightened scum of Copenhagen. This flick is a walk in the park in comparison, but that same blackest of black humours pervades, as does the ability to craft scenes and sequences of saturated ugliness. He displays a masterful command of the cinematic craft, though for little overall benefit. I came out of this flick with no particular insight or ennoblement, with little more than the impression that perhaps I felt a touch of the empty abyss he wanted to represent as being the world of this character, but apart from recoiling, what else is there?

The final scene, perhaps (I hope) doesn’t represent something that actually happened, but good goddamn is it something grim. Symbolising very overtly that the prison this guy is really locked up in is his own body, it’s a heartwarming and puppy-friendly message that the only true release will be death.

Talk about walking out of the cinema with a spring in your step and a song in your heart.

--
“Oh spare me the Oliver Twist routine, Charlie love. You need to build your audience.”
- “I gave you fucking magic in there!”
“Magic? You just pissed on a gypsy in the middle of fucking nowhere.” - Bronson