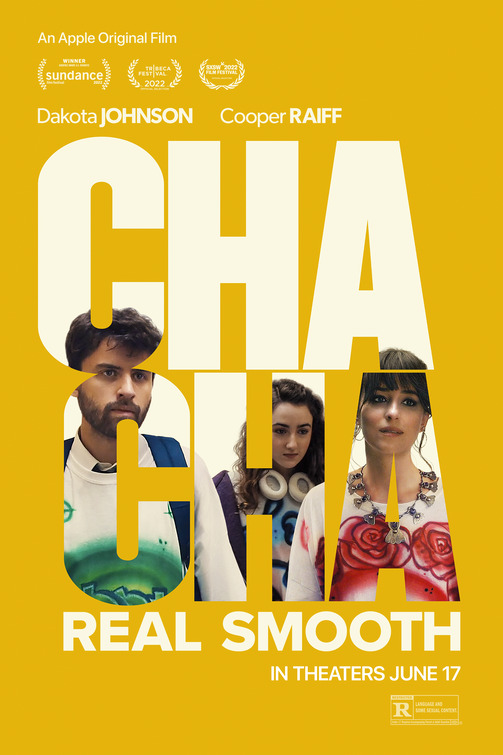 Lost in a cascade of yellow and whimsy

I did not enjoy this flick, but I do admire it. Or maybe I did enjoy aspects of it, but thought maybe overall it didn’t work, or maybe it worked overall even if it had profound weaknesses.

I start this not knowing what my verdict will be in the end.

On the surface, or with a superficial description, this would sound like a pretty stock standard film, in that it’s about a guy who’s just finished college and doesn’t know what to do with himself. It’s no different from The Graduate, where Dustin Hoffman’s character didn’t know what to do with himself, except that having sex with Mrs Robinson would work, at least for a while.

It’s also, unfortunately, the same premise as every film with a male protagonist made in America in the last 50 years that doesn’t have guns in it: in other words, white, middle-class ennui, that’s usually overcome with a manic pixie dream girl who makes the protagonist listen to The Shins through her headphones and thus transforms his life into something better, finally.

There is no shortage of these films, and it seems to be a film that every up and coming actor (I’m stressing the point that it’s always (white) male actors who write / direct and star in these movies) gets to make once they get enough money together.

Well, in this flick, 12 year old Andrew (Cooper Raiff plays the adult version, who also directs) starts off the film by telling a woman at his bar mitzvah that he’s in love with her, even though he’s just a kid, and not a particularly handsome or tall one.

Of course that couldn’t work out, but we get the impression that this need to find love with an older woman is now a feature in his personality, and not a bug.

Ten years later, Andrew is finishing college, and has a girlfriend, but she clearly has a future planned that doesn’t include him, whereas all he’s got when asked what he’s going to do is “uh, follow you around maybe?” which is secretly what EVERY woman wants to hear.

As she leaves for Barcelona, he is forced to move back home, work at a place called Meat Sticks, and sleep on his younger brother’s floor. His mum (Leslie Mann) loves him and loves his silly ways, but she has her own issues, including living with bipolar.

If the film has a series of missteps, this could be the first of a cascading multitude. Her experience of “bipolar” essentially occurs entirely off screen, and ‘only’ amounts to shagging the husbands of people they know within their tight knit Jewish community during these episodes.

Like, okay. What? Right off the bat, the mum asks Andrew to take his younger brother to a particular bar mitzvah, because she herself isn’t welcome there because she shagged the father of the boy whose special day it now is, and the mum’s not too happy with her, even though the entire community seem to be begrudgingly okay with it.

I can’t even start on that. It’s treated as such a throwaway line, so casually that I just find it horrifying.

The point ultimately is meant to be that though she has her mental health issues, she has a partner who is her rock, who understands her, and protects her even from the repercussions of her own actions, even if her kids don’t particularly care for him.

That partner, played by Brad Garrett, isn’t the father of the two boys. Andrew has open contempt for him and mocks him at every opportunity, and we never really get any idea why.

That type of relationship is paralleled later in the film, in order to get the main character Andrew to understand that excitable het cis women dealing with mental health issues need dull dependable men as long term partners, but I won’t jump ahead yet.

Andrew’s unhappiness with his life is represented in two ways mostly, I think(?) One, he is constantly critical of everyone all of the time. Two, he’s shown slugging surreptitiously from a bottle filled with vodka, but almost always when he’s at bar or bat mitzvahs.

That is the main social occasion for this community. Apparently something happened 13 years ago which caused a whole bunch of women to spontaneously give birth to little Jewish boys and girls, such that they all have birthdays conveniently close to each other. Andrew somehow gets roped in to being a mitzvah party starter, because he’s better at getting people on the dancefloor than the DJ is. A group of Jewish women insist that Andrew is now going to host all the upcoming bar and bat mitzvahs.

If you’re thinking that sounds contrived, well, it is! And how! The entire plot, if there is one, hinges on it, just like all the sequences in Four Weddings and Funeral revolve around weddings. Here it’s just Five or More Bar / Bat Mitzvahs, at which Andrew gets the chance to obsess over a woman called Domino (Dakota Johnson).

Domino also has a teenaged daughter who happens to be autistic. Andrew figures that if he’s super nice to Lola (Vanessa Burghardt) then that gives him an in with mother Domino.

It’s, well… If you thought the idea of him becoming a party starter was contrived, wait till this guy in his 20s becomes a babysitter to some people who don’t know him at all with a teenaged daughter as his charge!

I mean, all sorts of stories are dependent on people making dumb choices in order to keep the story kicking along, but there’s a lot here to accept, which kinda interrupts the experience of enjoying the performances – if “enjoy” is the word I’m looking for.

Andrew throughout has this jokey kind of manner which I guess we’re meant to find charming or endearing. It’s meant to take the edge of what could be a creepy or offputting performance. A lot of his choices, though, even if we’re told that they’re grounded in the character, or the character’s past, don’t always feel believable.

As his relationship kinda sorta progresses with Domino, and he learns more about her, and she starts talking about his age, and his youth, specifically, it finally struck me that she was meant to be a much older woman, like maybe in her early to mid 30s? The thing is, though, Dakota Johnson doesn’t look or carry herself as a women in her mid-30s. She barely looks like she’s out of her teens. So her being all more mature and burned by life only occurred to me towards the end of the flick. Before that I was wondering why these two people so much younger than me are arguing about marriage and who one’s best life partner would be.

I really liked most of the scenes between Domino and Andrew. There’s an energy there, one that goes beyond flirtatious or sexual chemistry (oh no there’s none of that, don’t you worry), but there’s a neediness to both of them, but also a desire to impress the other, that works really well a lot of time.

It doesn’t always work, though. There are times when some of the dialogue sounded so ripe and forced that it sounded a bit like later-day Cameron Crowe efforts that make you think you’ve heard things no people could ever imagine to say to each other, ever. If you’ve seen stuff like Elizabethtown or We Bought A Zoo, then you know what I might mean, and if you haven’t seen them, I deeply envy you.

I kinda sorta respect what the creator was going for here, even if elements of it are quite shoddy, especially with its treatment of mental illness. There are elements of the Andrew and Domino characters that could have done with more exploration, with darkness that’s only hinted at, only gestured to. His alcoholism comes and goes with barely a mention, and I found it baffling, considering how it pops up in scene after scene, and then is just forgotten.

Dakota Johnson is a much better actor than most people will give her credit for, blaming her for having appeared in those 50 Shades movies. She has some really strong scenes here, much more so than her co-star, who she routinely outshines. Unintentionally, I think the film even highlights the differences in their respective levels of ability or experience, because in the face of some of her delivery, Andrew ends up reacting like he’s worried that he’s being outshined, and he most definitely is.

I think he’s got a way to go, but I respect what he’s tried to put together, whether as a showcase for himself as an actor, or in terms of what he can put together as a director. The rest of the cast ably support, all pros in their respective areas. And the relationship between the two brothers ends up being unexpectedly sweet, and resolves beautifully, and more naturally than I think almost all of the other relationships in the movie.

It’s just that, wow, never thought I’d say this about someone called Andrew in a movie, but he starts of as pretty much an annoying and arrogant piece of shit, and ends up slightly less so, but not enough to make me think that I enjoyed my time with this character in this strange world.

6 times and also now I realise that I hate hearing people call out the name ‘Andrew’ in movies, and I’m glad it’s relatively rare out of 10

--
“Giving your heart to somebody is the scariest, most dangerous, most perplexing thing.” - Cha Cha Real Smooth