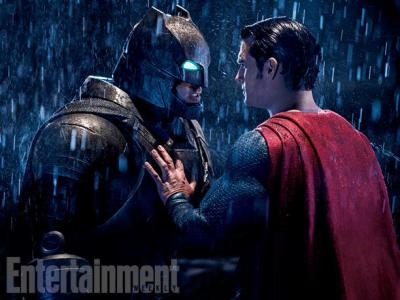 Just kiss and get it over with, for crying out loud

That’s not to say it’s completely terrible, but, it’s not a good movie.

I could go so far as to say that it’s a bad movie with some good bits in it.

I had hoped that the scathing reviews were just a bit of superhero movie burnout, or the punishment of high expectations, but it turns out that everything one could fear about a flick directed by Snyder with a script that David S. Goyer had a hand in easily came to pass.

The list of stuff the flick gets “wrong” about Batman and Superman is far longer than what it gets right. I put wrong in quotes because I’m not going to pretend like my opinion is definitive or expert or anything. No one likes listening to a Comic Book Guy spouting nonsense like they themselves invented Batman back in the late 1930s.

I do have an opinion, though, and it’s as valid as any other persons, with the possible exception of Professor Stephen Hawking or Sir David Attenborough, or Ginger Spice, because my opinion is pure shit compared to what those titans of thought could come up with.