dir: Peter Weir
[img_assist|nid=1023|title=When I'm not abusing people or getting into fights with service industry types, I take time out of my busy day to act|desc=|link=none|align=right|width=400|height=300]
It is no wonder that the film hasn't set the box office alight. It's not a conventional film, with a conventional story and a 5 part structure. There's no love interest, revenge motivation, excessive one-liners, hyperkinetic coke binges in the editing sweet and no saccharine Hollywood ending. There is also little for people who are not anal retentive history buffs or at least fans of movies set in the Age of Sail (being the Napoleonic Wars between France and England et al) to be kept entertained by ultimately in this film.

It is satisfying for me, but then I'm one of the few reviewers that has actually read every one of the 20 Aubrey - Maturin novels written by Patrick O' Brian. And even then the film is satisfying more on an intellectual level than on the visceral / emotional level. Which is a damn shame.

dir: The Wachowski Brothers
[img_assist|nid=1019|title=When millions of Hugo Weavings are barely enough|desc=|link=none|align=right|width=450|height=670]
It's all about the sunglasses...
Even after watching the film twice, I am left perplexed and utterly confused. Not at anything actually in the film. No, what has managed to confuse me tremendously (to be honest, it's not hard to do that, microwave ovens still confound me) is the sheer abundance of people who are vehemently hating this film. In public and in private, in the sanctity of their own bedrooms and on street corners.

See, I've got not the slightest issue with anyone not liking the film and saying that it's a monumental bore. I've seen identical twins hold two diametrically opposed views on the same piece of music, and I often diverge strenuously in opinion with my closest friends regarding certain films. So I don't really get on a high horse about these kinds of things.

dir: Errol Morris
[img_assist|nid=1011|title=Get off my lawn or I'll carpet bomb your village|desc=|link=none|align=right|width=450|height=336]
When you look upon the face of a man in his 80s, you tell yourself
that you can almost read his life in the lines and contours thereon.
At least that's the illusion I had watching this award-winning
documentary by Errol Morris about Robert McNamara. He's hardly a
household name around the world, but more than a few people should
remember the man who was the Secretary of Defense in the States during
one of the most turbulent times in the country's history. Although one
could argue the times were no less turbulent then than they are now.

One could almost say from watching this film that McNamara suffers
from a tremendous amount of guilt for his actions as the Secretary of
Defense. Surely he doesn't have deep regrets from his time as the head
of Ford, or his time as one of the highest paid executives in the
world. This fascinating glimpse into history almost seems to be an
extension of McNamara's search for redemption. In fact the method in
which he is filmed deliberately gives proceedings the appearance and
feel of a confessional. 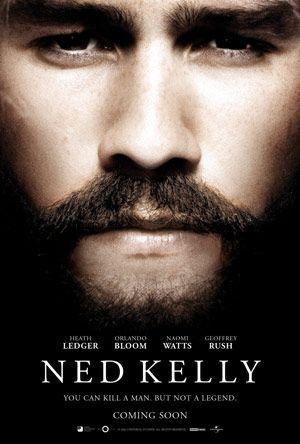 dir: Chan-wook Park
[img_assist|nid=1024|title=Crazy man and a hammer. Winning combination|desc=|link=none|align=right|width=450|height=286]
What a wonderfully keen film this is that no-one will get to see. I mean honestly: who goes to see Korean films at the cinema? They’re hardly hot ticket items.

You don’t see people selling their own or someone else’s organs or offering oral favours for the honour of getting to see a Korean film, good or otherwise. Maven of the multiplexes that I am, doyen of the drive-in, still I can honestly count the amount of Korean films that I’ve seen on one hand.

People generally say that and it’s hyperbole, but I actually mean that I’ve only ever seen five Korean films in my life: Bichunmoo (which was fairly mediocre), Musa the Warrior, (which was beyond mediocre), Volcano High (which I love, despite its abject madness), The Isle (which has one of the nastiest scenes I’ve ever seen in any film or in real life) and Oldboy. Without a doubt Oldboy is the absolute greatest movie I’ve ever seen. From Korea, that is.

I don’t know enough about Korean culture to understand their cinema, which is to say that the way I generally get to ‘know’ about a culture is from their cinema, and if I haven’t seen enough of a culture’s films then I tend to know fuck-all about their people.

dir: John Dullaghan
[img_assist|nid=1018|title=What a beautiful man, eh? On the inside?|desc=|link=none|align=right|width=236|height=341]
The likelihood of you seeing this film and enjoying it depends on whether a) you’ve heard of Charles Bukowski, b) you’ve read and liked the writing perpetrated by Bukowski, and c) you’re happy to watch a two hour documentary about a very damaged, eloquent bastard in a cinema.

You have to weigh this up against likely alternatives, such as instead of watching Bukowski: Born Into This, you could be watching a reality television program where one of the participants is called Hotdogs. How do you live with yourself?

On each of the three points, I am sold, so along I went to watch a flick about this deeply ugly man. Heroically ugly. Child-traumatisingly ugly. Anyone who has read the man’s work and did not know what he looked like might be both surprised and reassured. He looks pretty much exactly as he should. The real ugliness is on the inside though, and that is represented as well, because it cannot help but pour forth.

As a career alcoholic he clearly developed a way of speaking so that, whether drunk, really drunk, fall over drunk or sober, he always sounded the same. Speaking either conversationally or reading his poetry, you can never tell whether he’s drunk or sober. Just to clarify matters a tiny bit more, I doubt at any stage of the two hours that we ever see him completely sober.

dir: Prachya Pinkaew
[img_assist|nid=1021|title=Can't act. Can fight.|desc=|link=none|align=right|width=400|height=259]
The main point that’s supposed to be in Ong Bak’s favour is that it’s a brawling action film which rejects the use of CGI and the wire-work that has become (apparently) sickening in its ubiquity. In other words, the fights are supposed to be more grounded and realistic; none of this airy-fairy floating on bamboo crap for our beef jerky munching friends.

When you think about it, on its own it isn’t really that much of a selling point. Are there lots of people hearing about or seeing the ads to flicks that are coming out, who see the edited highlights of people perched atop a mountain top or balancing on top of a lake having-at one another with swords, icicles and passing school buses, see the films and then say ‘Wait one gosh-darned moment: this prancing Asian malarkey ain’t my cup of Bonox?’

Surely if there’s a bunch of people that hate that style of genre filmmaking there’s also at least two other groups of people: a) the ones that are the market for these fantastical delights who are grateful and appreciative and b) people who don’t really go in for these kinds of films, and choose as consumers to exercise their George W Bush-given right to NOT purchase a ticket. It’s basic economics, by my reckoning. Niche marketing, even.

dir: Terry Zwigoff
[img_assist|nid=1020|title=Do not let your child sit in this man's lap|desc=|link=none|align=right|width=300|height=290]
Take up all your misanthropy, your contempt and loathing for the world in general and people specifically, roll it up into a ball and squeeze it till it is diamond hard, and then release it upon the cinema screen in an explosion of orgiastic catharsis. You're still not going to be responsible for an expulsion this ugly, no matter how hard you try.

Willie, as played by Billy Bob Thornton, is possibly one of the vilest creatures ever put to screen. When I think of the most loathsome characters to ever grace a cinema or television screen, he is definitely up there, arm in arm with the Bad Lieutenant (Harvey Keitel), Frank from Blue Velvet (Dennis Hopper), Archibald Cunningham from Rob Roy (Tim Roth) and the right hand of Evil itself, Maria (Julie Andrews) in The Sound of Music. In the hierarchy of evil, he is
one of the darkest fiends. We're talking a Republican level of vileness. We're talking about a level of vileness that makes your mother cry herself to sleep each night over after praying for hours that it not consume you too.