dir: The Brothers Coen
[img_assist|nid=743|title=Tommy Lee Jones is one of those Old Men for whom said Country is No longer For|desc=|link=none|align=right|width=300|height=375]
I never thought the Coen Brothers would ever make another movie that completely and utterly achieved greatness. That’s the only superlative I’m going to use in the review, because belabouring the point that this is a pretty strong film and one of their best for over a decade will only prompt people brought in by the hype to say “Eh, it’s not so great.”

More important that saying “It’s Great, Mate!” is being able to articulate as to why I think it’s so good, and why I enjoyed it so much. It’s actually quite odd, because the elements that really made it stand out for me might not even seem that important to anyone else.

By far the part of the flick that struck me most profoundly was not the Southern Gothic tone, the (admittedly) strong performances, the dialogue, plot or the production values. What struck me the most was the use of sound, and the fact that there was barely any music used in the flick at all. 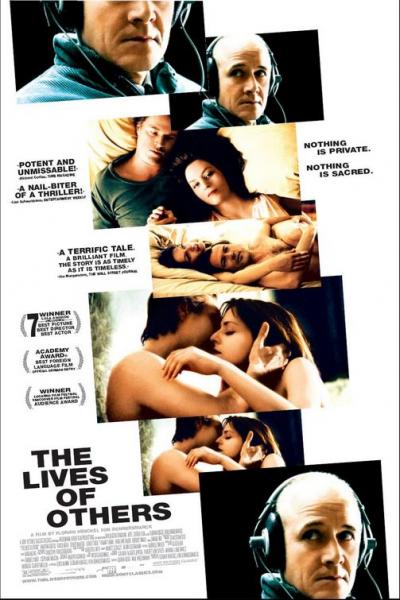 If you’re looking for a fast-paced, thrill-packed, Cold War-era action fest, then do I have a film for you.

This flick will, if excitement was what you were after, put you to sleep quicker than dipping your head in a bucket of chloroform.

It is a meticulously crafted, exquisitely paced and rendered story about the banality of the institutions of totalitarianism, and the impersonal, mechanical manner in which they crush the life out of people.

The deliberate mistake many commentators made last year when the flick rose to prominence, and especially after its Oscar win for Best Foreign Film, was to pretend the flick was only one thing: a condemnation of communism. It takes a great degree of wilful blindness to go only so far in seeing what the flick’s themes are and the extent to which they are elaborated upon.

Wiesler (Ulrich Muhe) is a loyal captain in the Stasi, the East German secret police. Not only is he very good at his job, which is finding people's weak spots and breaking them, but he also believes the dogma of the Socialist paradise he clearly doesn’t live in. The story is set in 1984, when the place is still called the GDR (German Democratic Republic), and none of these protagonists have any idea that a muscle-bound, bandana-wearing Ronald Reagan would be single-handedly tearing down the Berlin Wall in five year’s time.

dir: Tom Tykwer
[img_assist|nid=837|title=Perfume|desc=|link=none|align=right|width=450|height=338]
A great book that never should have worked has, miracle of miracles, been made into a great film that could not, should not work.

Perfume: the Story of a Murderer (Das Parfum - Die Geschichte eines Mörders) by Patrick Suskind, is one of the most perfect books I have ever read. Even translated the German novel loses none of its most amazing qualities: an inspired and original story, an economical but expansive use of descriptive language to encapsulate one of the senses that you’d think would least be able to come across on paper, and a macabre, dark humour that delights as much as it horrifies. And THAT ending, oh my good god yes.

It’s the kind of book that potential writers read and then give up because of, convinced that they’ll never produce anything that good.

There’s even more going on in this amazing book that begs for it to be taught to school children from a young age. Well, maybe not from kindergarten onwards, but at least from when they’re young enough to appreciate greatness and stop picking their noses.

In calling it a perfect book, I mean that you can add nothing or subtract nothing from it to make it any better. Not a word, not a comma could be changed to improve it. It is perfect in what it has and what it doesn’t have, and what it has is an embarrassment of riches, both sensual and intellectual.

It’s cliché time as people fall all over themselves to come up with superlatives to describe how good this flick is, but the one that I’ll happily use is that Del Toro’s career up until now has been solely in preparation for making Pan’s Labyrinth.

The thing is, directors have got to eat, too. And Mexican director Del Toro is a big guy. So some of the stuff he’s made which has been less than tolerable (Blade II, Mimic, Hellboy), kept him fed, built his profile and gave him the skills to pay the bills so that he could one day pursue a project like this.

It would be a falsehood to assert that, though. The first film of his that got noticed, Cronos, was pretty good right from the start, and The Devil’s Backbone, also set around the time of the Spanish Civil War in the 1940s, also showed promise. In fact, it was pretty damn good. And as much as I was nonplussed by Hellboy, it was one of his pet / dream projects.

dir: Christopher Nolan
[img_assist|nid=867|title=What's lighting the pretty lights?|desc=|link=none|align=right|width=450|height=300]
Based on a novel by Christopher Priest, The Prestige is one of the most intriguing and entertaining films of the year. If you told me that a film about two rival magicians at the end of the 19th Century would be a winner, I'd have told you to pull something else apart from a rabbit out of a hat.

The first image of the film is a winter scene on a hill, with dozens of top hats reclining upon in it in various states of disarray: one of the magician's most cliché of tools and part of their uniform. A voice asks us "Are you watching closely?"

Of course we're watching, but the magician's skill and the filmmaker's desire is to trick us whilst we're watching ever so carefully.

A different voice-over soon also starts up, explaining the film's title to us. The magic trick, as performed on stage in that era, is comprised of three parts. The Pledge involves showing the audience the elements of the trick, to convince them of the normality of the stage and the lack of dodgy machines. Of course, the machinery and parts that make the trick work are in plain view, but they look normal.

dir: Mary Harron
[img_assist|nid=1220|title=Notorious for very good reasons|desc=|link=none|align=right|width=450|height=677]
It's a crime that it's taken this flick so long to get distribution in Australia, because this really contained probably the best performance by an actress in a film released in 2006. Sure, there's no way Gretchen Mol could have beat the murderous juggernaut that was Helen Mirren, but she deserved some recognition at least. It's only been released here yesterday (8/3/2007), and will probably have an ignominious two-week run before disappearing into DVD obscurity.

Which isn't the worst fate in the world. It's kind of appropriate, considering the subject matter. And what is the subject? Why, it's the notorious Bettie Page, of course!

But practically no-one could tell you anything about her apart from the fact that she was in millions of smutty, smutty pictures.

dir: Andrew Jarecki
[img_assist|nid=999|title=Playing happy families|desc=|link=none|align=right|width=350|height=544]
And I thought I came from a fucked up family…

What is true in life is rarely shown with such clarity in films: sometimes in the pursuit of ‘truth’, the more information we are given, the more sides we try to understand regarding a conflict, the more elusive that ‘truth’ becomes. No example is as representative of that essential conundrum as this film by Andrew Jarecki, who has managed to make a compelling and disturbing documentary on his maiden voyage.
I know, using the words “compelling and disturbing” about documentaries is about as usually appropriate as saying “intelligent and life affirming” about a film with Adam Sandler or Melanie Griffith in it, but at least in this case it is appropriate, or at least accurate as far as I’m concerned.

dir: Richard Kelly
[img_assist|nid=1033|title=Sometimes I doubt your commitment to Sparkle Motion|desc=|link=none|align=right|width=350|height=500]
Hmm. An interesting film. I was simultaneously surprised and non-plussed by this crazy film, having had an inordinately high level of expectation due to a bunch of positive reviews and some decent word of mouth. Despite going in knowing plenty about the film, it was still a mystery from beginning to end, and still remains something of a mystery for me right now. Right now, writing this, there are still many elements that I can't work out, and will be pondering for some time to come.

Which is definitely a good thing. It is a film that despite its somewhat modest scale (which people who've seen it would dispute, I'm guessing), defies any real category and comparison, though by its end it achieves a conventionality which I never predicted. See, whilst watching it I initially couldn't foresee that there was an overarching logic, a method to the madness that was eventually going to make sense. I stupidly believed that it was going to be disconnected, schizophrenic vignettes connected by quirky bridging scenes with no sensible conclusion. I was profoundly wrong. 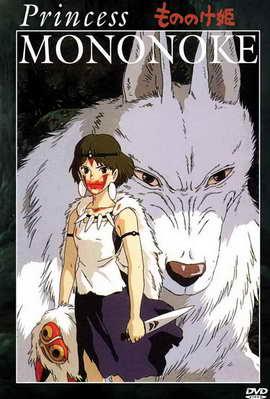 In an ideal world, people would be watching the animated films produced by Studio Ghibli, especially ones produced by Hayao Miyazaki, every day of their lives. Most of the channels on TV would play the films one after the other. Other channels not playing films like Spirited Away, this one, Howl’s Moving Castle, My Neighbour Totoro, Porco Rosso, or Laputa: Castle in the Sky would be running documentaries about the films, or about Miyazaki, or just a parade of interviews with people, Nihonjin or otherwise, saying how great he is.

Sure, most of the interviews would amount to giggly people saying “Um, oh gosh, he’s like, so great, he’s like the total best, um, like, I totally love him,” except it’d be in their chosen language. Swahilis chanting his name, Laplanders and the headhunting tribes of the Papua New Guinea highlands: all united in their adoration of the master of animation.

I know how ridiculous it is to speak about how great Miyazaki’s flicks are. To people who can’t stand animated flicks (like a good friend of mine: the Courageous Canuck Big C), all this blathering is meaningless. If you can’t get into animation, then you’re not going to get why he’s so good at what he does.