dir: Steven Spielberg
[img_assist|nid=1065|title=The eyes have it|desc=|link=none|align=right|width=304|height=450]
Even with access to my hefty imagination I didn't think this would work. See, Spielbergo gypped me last year with AI, and it left me thinking that the man had traveled so far up his own anus that getting an intelligent and enjoyable film out of him was an exercise in wishful thinking.

Sometimes I am happy to be proved wrong. This film more than makes up for the lacklustre, uninspired kiddies' film AI. Even though he appears to be working in the same genre, this film, based on a Philip K Dick short story of the same name, towers over pretty much all of the recent sci-fi films that you've bothered to shell out your hard earned money for. Attack of the Clones looks like the work of a very technically minded retard in comparison.

These words are used to describe everything from the most recent Jerry Bruckheimer film to the latest hemorrhoid creams on the market. Superlatives are such an integral part of the marketing hyperbole industry that the words have lost all meaning. Certainly their use, by anyone, especially film critics should be taken not with a grain of salt, but with a quantity of salt not exceeding that available in your average ocean.

That being said, when people you respect (for whatever reason, whether it be their professional credibility or the way they keep handing you lollies until you get into the car with them) start using words like that about a film, you prick up your ears. In this context, some of those words have been applied to The Pianist, and perhaps not without merit. The film has even been honoured at this year's Academy circlejerk, which, whilst not usually an indicator of anything more important than the fact that Hollywood is more insular and inbred than a hillbilly family from the Appalachian mountains (you know, Deliverance country), has for once potentially gotten it right.

dir: Yoji Yamada
[img_assist|nid=1064|title=Oh noble samurai, why must feudalism be so unfair for you and yours?|desc=|link=none|align=right|width=450|height=672]
The Twilight Samurai is a deceptively simple, measured Japanese film about a low-ranked samurai with no ambitions in life apart from looking after his children and senile mother in peace and quiet. If every character aspiring to a life of peace and quiet ever got their wish from the start, these flicks would never get made.

Seibei Iguchi (Hiroyada Sanada) is the derisively-named Twilight Samurai, so named by his workmates because when dusk comes around and their daily labours end, instead of boozing and whoring it up with his colleagues, he scurries home in the increasing dark to see his daughters and mother. Seems like a strange thing to insult a guy over.

Seibei’s wife has recently died of consumption, which used to be the pretty way of saying tuberculosis. As such, he is flat out working and taking care of his remaining family, and doesn’t have the money or time to look after himself or fix up his clothes. In that light, he is unwashed and unkempt, and his kimonos are dirty and torn.

He is loyal to his clan, but plays no part in their interactions and machinations with / against the local Lord. He is of the lowest ranks of samurai, as measured by his miniscule stipend of 50 koku. I don’t know what a koku is. But it doesn’t sound like much.

dir: Niki Caro
[img_assist|nid=1066|title=Whales. Maoris. Hilarity ensues.|desc=|link=none|align=right|width=350|height=515]
Whale Rider is certainly a touching, sweet film, but people shouldn’t make the mistake of thinking that it’s a children’s movie. It is a story of far greater complexity and depth than what one comes to expect from films that seem to be aimed at the kiddie market.

It’s clear, at least to me that there is much more going on here. As well, dismissing it as a glib post-feminist treatise about how wonderful girl power is would be doing the film a disservice, and would denigrate the work all the people involved put into crafting this little gem of a film. It is not a masterpiece by any estimation. It is however a sweet film about a little girl finding her destiny and teaching an old man that the links between the past, present and future can be strongest in the places we are least able to see. 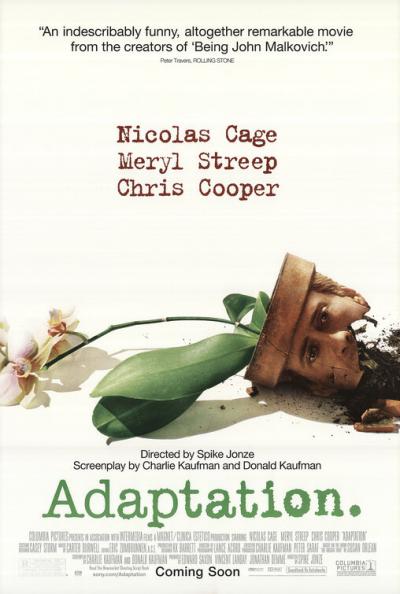 dir: Terry Zwigoff
[img_assist|nid=1032|title=She broke a million nerd hearts with this role|desc=|link=none|align=right|width=400|height=300]
Movies tend to celebrate the triumph of the individual. The underdog beats the less-likeable and usually wealthy favourite to win the adulation of the crowd. Villains get their comeuppance at movie's end, with the hero finally getting the girl and the acknowledgment that they deserve, usually with a large television audience watching in masturbatory glee.

We as people want to associate ourselves with winners, with success, with victory. We can relate to the personal hardships that the film protagonists go through, as we all have mishaps, accidents and fuckups in our lives, just probably not on the same scale. And when they (usually) inevitably triumph over the odds to win the belt, the cup or kill the bad guy, we feel that associative rush as well, sharing in their triumph. We're winners as well. Our value systems, whilst certainly not uniform around the globe, tend to prize success, coolness, triumph in competition against others, the overcoming of obstacles, prejudices etc to achieve what we all ultimately want: acceptance and approval by society and those around us.