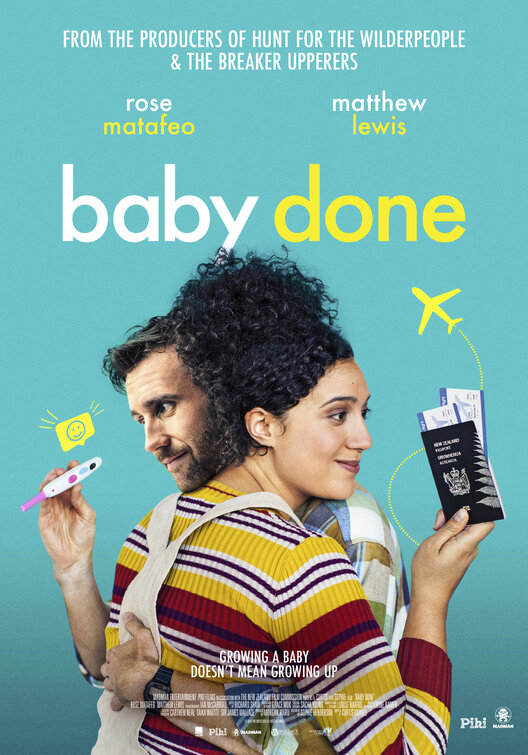 Babies, huh? Who’d have them, if we knew what a hassle they’d be?

No-one, if movies are to be believed. If you switch off or stop streaming these types of movies 10 minutes before they end, you would be convinced no-one will ever have babies ever again.

I mean, they’re so noisy and needy. And they ruin your life, or at least the perfect life you had constructed for yourself. Just when everything was perfect, some jerk comes along and impregnates you, and then your life totally turns to shit.

New Zealand, especially under the leadership of its (third) female Prime Minister, Jacinda Ardern, has this reputation for sane people in power and progressive politics, and general wonderfulness. Sure, so they handled their response to the coronavirus better that most other countries. But it’s bullshit. Utter bullshit. I mean, Jacinda Ardern is a wonderful leader, but I mean New Zealand is nowhere near as progressive as people might think.

Here’s my proof: This flick could have been 15 minutes long. A young woman called Zoe (the most excellent and incredibly funny Rose Matafeo) is an arborist and really good at her job. She has a partner she lives with, friends, loving family etc. She unexpectedly gets pregnant. She books an appointment at her local qualified medical practitioner, and gets an abortion. Life carries on. Maybe later in life she decides to actually have a child, when the joy of climbing trees professionally starts to wane, maybe not. Maybe she decides she doesn’t really want to be a parent, or that her partner is a bit of a dingbat. Up to her. Either way, we wouldn’t have watched the movie that I just watched.

Zoe finds out she’s pregnant, and is angry. She does not want to become a mum yet. Also, she qualified for the International Tree Climbing championships in Canada, so there’s that to look forward to. So instead of dealing with it, like, medically, or coming to terms with the impact it’s going to have on her and her partner’s lives, she pretends like it ain’t no thing, and that she can pretty much ignore it until the kid arrives, but none of the process of pregnancy should really stop her from doing the things she might want to do.

Even though Zoe conforms with all the obvious necessary stuff, like not drinking alcohol, and not punching herself in the uterus, basic stuff to not make her look like a monster, she is really quite awful to the people around her, especially Tim. Even though this is about the fear of becoming parents and all that crap, and has an established couple as its centrepiece, the film is still structured like a rom-com, in that there has to be an artificial break to separate them so that we’re not completely sure whether they’re going to make it, and someone running to get somewhere in time with a grand romantic gesture, involving fireworks, hopefully. You know, plot tension or some other bullshit film term. Will they stick together or won’t they, with Zoe choofing off with the pregnancy-fethishist and Tim latching onto a different woman at the birthing classes?

You know, really contrived bullshit type stuff. Also, will a heavily pregnant Zoe try and get on a plane and make it to Canada for the finals of the Tree Climbing Championships? I hope they were in Saskatoon, that would be an appropriate place for them. Rom-coms I guess require their characters to do a lot of dumb stuff in order to keep chugging along, but sometimes it’s a bit painful to watch.

Because Taika Waititi was involved in some way with this film, probably like he made the crew some sandwiches, Paula House has to be involved in some capacity. If you know her, you know why, because she’s fucking hilarious. She played the obsessed Child Protective Services officer hunting Ricky Baker in Hunt for the Wilderpeople, with her catchphrase of “no child left behind”, which she might have lifted from somewhere. She has a tiny but much appreciated role here as a principal at a kid’s school. The kid is some kind of delinquent whose parents aren’t around, and he convinces Zoe to pretend to be his mum, despite the fact, well, despite a lot of things. It’s sort of kinda meant to show that Zoe’s a supportive person to her friends etc, but it also probably is another reason why she shouldn’t be a parent?

The principal lets Zoe ramble on with her bullshit for a while, before reminding Zoe that, in her capacity as an arborist, she’s worked at the school countless times, so she has known the whole time that Zoe isn’t the kid’s mum.

Oh. Okay. Put it down to pregnancy brain, maybe, that Zoe would think it would work. But from there, well, I kinda found it hard to accept that at 9 months pregnant, she still tries to get on a plane for Canada, after all that bullshit, and goes into labour, then and there, in the goddamn aisle.

I mean…that’s some negligent monster type bullshit right there. It’s hard to sympathise with or identify with a character that catastrophically dumb.

I have to say (I don’t have to, I choose to), as much as I have enjoyed seeing Rose Matafeo do stand up, or appear on British talky programs, or even New Zealand tv programs, including the one where she and former boyfriend James Acaster appeared, and she absolutely roasted him to the delight of everyone else other than James Acaster, I did not really love the performance here. It requires her to do a bunch of awful shit, and also to lose her mind a fair bit, before the “everything’s going to be all right” ending. It’s not that it’s not realistic (It’s not, at all), because sure, lots of people act out with the impending threat of parenthood. Plenty (well, guys mostly) can carry on pretty much exactly the same as before, if not completely abandoning their partners permanently, or at least until guilt overwhelms them. Plenty of people don’t want to be and SHOULDN’T be parents, and some of them come good, and others don’t, and inflict the miseries of their past on their kid’s present and future.

That’s not this flick. It’s trying a tiny bit to be edgy, in an awkward but still harmless way, but it’s really quite safe, quite tame, quite bland. Knocked Up is not a gold standard for anything, but it at least had characters that struggled with immaturity, with fundamental incompatibility between two people in a couple, pregnancy sex and humour. Baby Done just has two people acting like idiots until the kid is born, and then everything’s okay again.

Maybe…maybe that’s the more accurate depiction of what it’s actually like?

I could be holding the flick up to an unfair standard, and for that I apologise. I didn’t love the flick, but, at least for the couple who made it, being the director Curtis Vowell and his partner Sophie Henderson, whose experience becoming parents together on some level surely informs the story here, I hope it was a much easier and less fraught process than what Zoe and Tim go through here. Still, it’s good to be able to take the raw materials of one’s life and transform them into comedy gold!

--
“Let's make a list of the wildest things we need to do before the baby comes.” – maybe just try to set up that crib from IKEA, and invest in some cloth nappies instead, okay? – Baby Done.